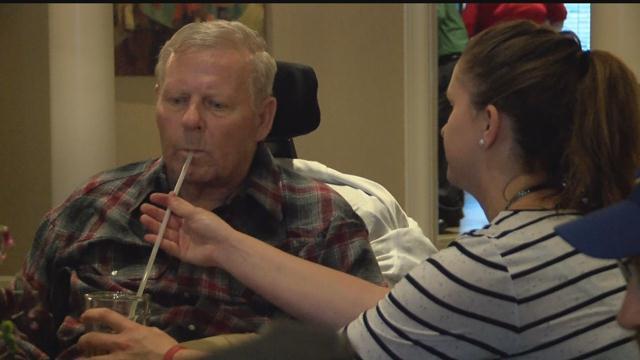 With the doors open for only a few days, five families of veterans are already calling the new Fisher House Wisconsin home as their loved ones are treated at the Zablocki VA.

CBS 58 was the only station there as service members and their families were welcomed with a big breakfast cooked by volunteers on Tuesday.

"We've only been open one day and there the first day there's five families," said John Cornell, a member of the Fisher House Wisconsin Board of Directors.

"I have a feeling more than five families will be here soon."

The Giebs are one of those families. Lynne Gieb's husband, an Army veteran, is being treated by the Zablocki VA for a fall he suffered last October.

"We live three hours away," said Gieb, who lives in Michigan with her husband.

"[The Fisher House] is so close, I don't have to worry about staying in a motel or nothing, and I can be here," she said.

For families like the Giebs, these accommodations were a long time coming.

"I couldn't travel back in forth, unless I only came once in awhile," said Gieb.

For Cornell, being able to help military families like the Giebs is also something that's been a long time in the works.

"When I graduated high school I thought about military, but I didn't serve then," he said.

"So this is my way of serving. I see the people that serving now, I know I can help, and this is the way I'm doing it."

Now that the Fisher House is up and running, leaders there tell CBS 58 their new goal is to raise awareness for the organization so that families at the VA know they have a comfort home while veterans are treated at the hospital.