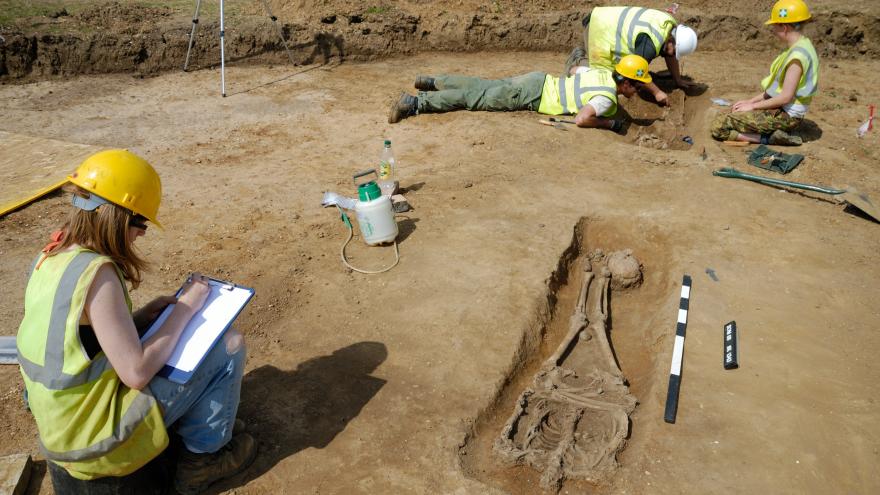 The Cambridge Archaeological Unit (CAU) found 52 burials when excavating Knobb's Farm in Somersham, of which 13 were buried face down.

The heads of many of the decapitated bodies were placed at their feet and some were kneeling when they died, according to the research paper published online by Cambridge University Press in the Britannia journal earlier this month.

The Roman Empire ruled parts of Great Britain for about 400 years until 410 A.D. and some towns still have medieval walls built partially from Roman fortifications.

Many of the remains were in poor condition, with some just sand shadows, but there were no signs of defensive injuries and generally there was a "lack of trauma" directly before death apart from the decapitation, evidence that the deaths were organized. 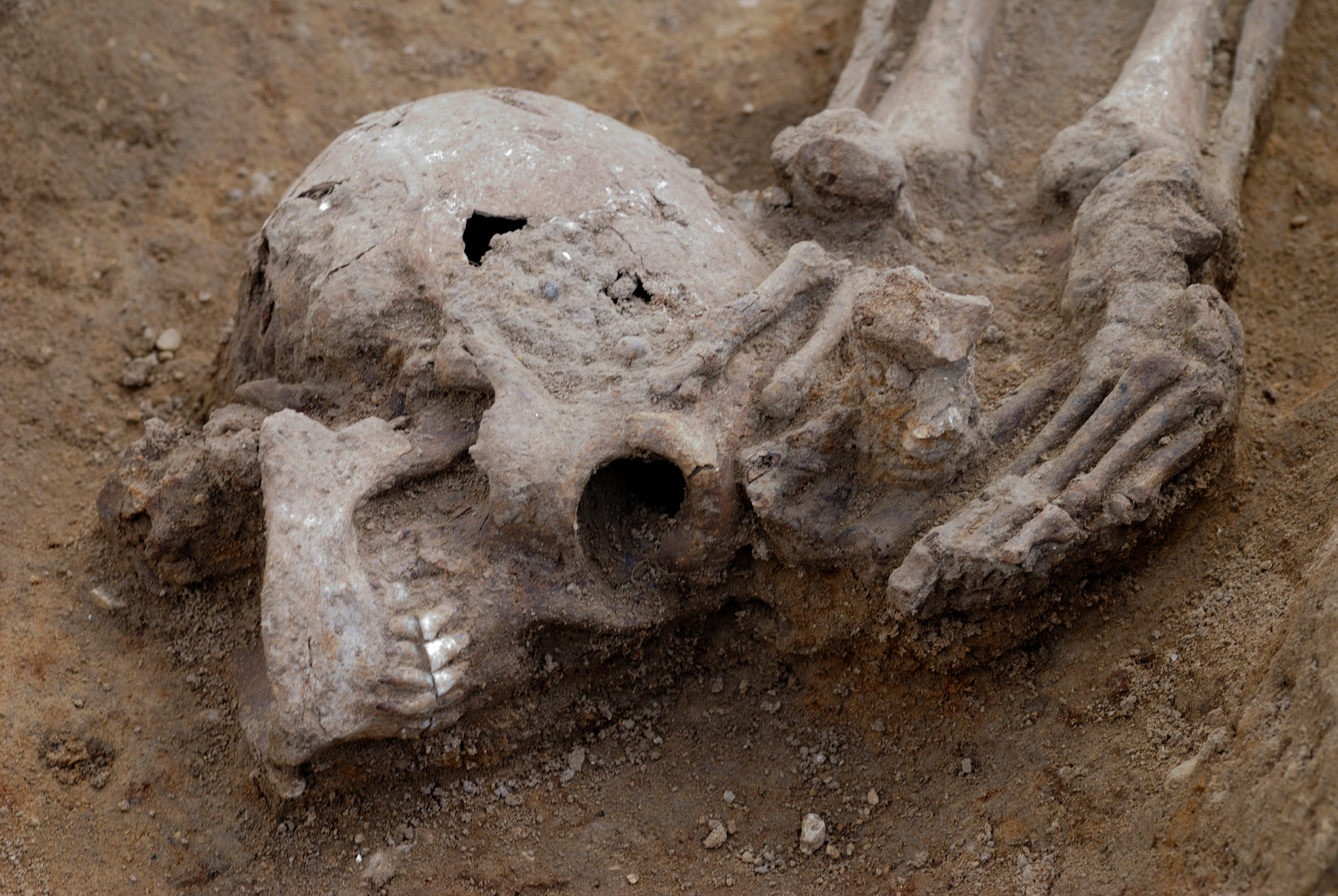 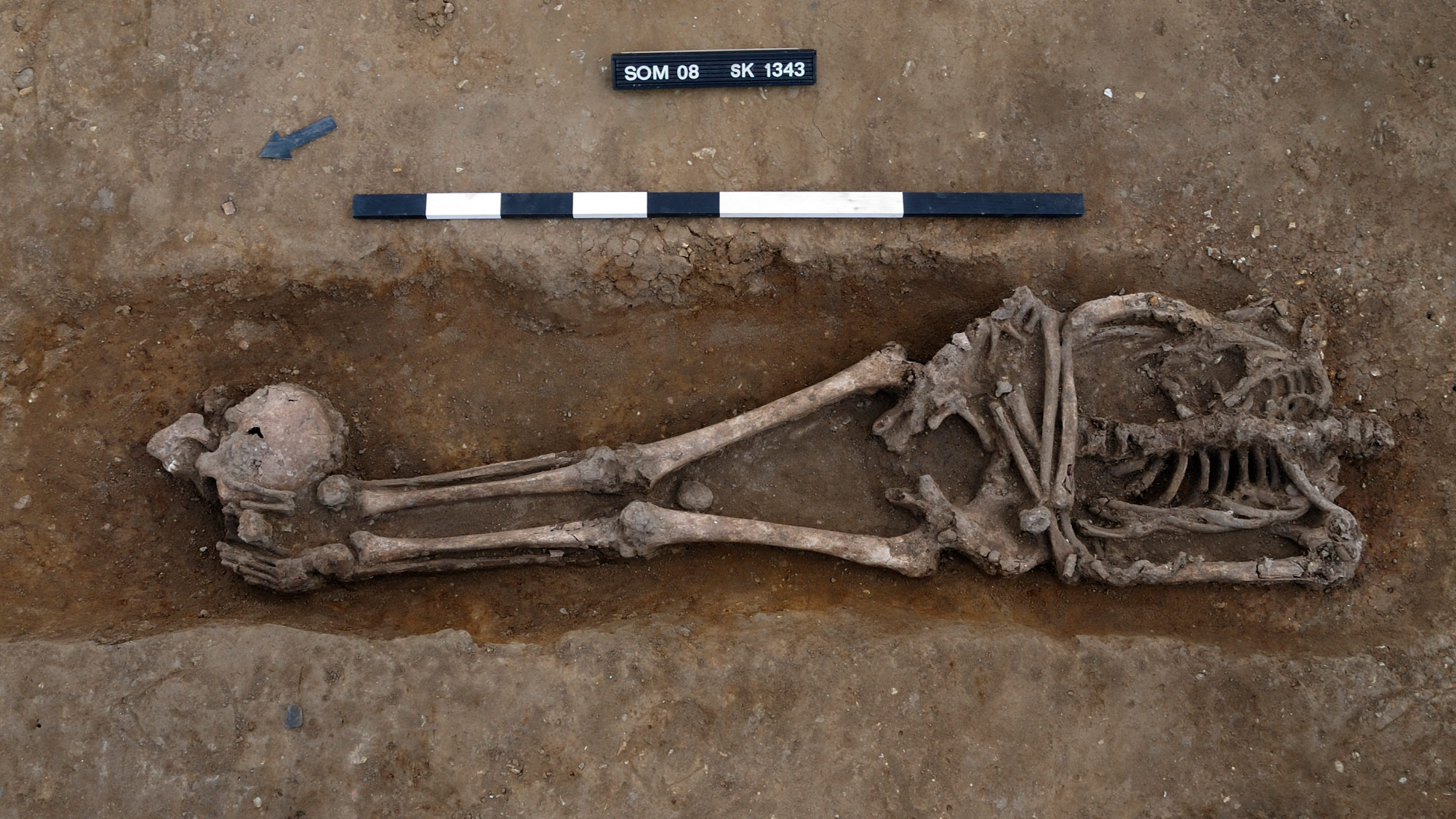 It is not clear why some of the burials were prone, but "the practice cannot have been a mistake" given that 13 people were buried that way, according to the research. Possible explanations include that the people involved were criminals or that the family was ashamed of the dead person.

"DNA shows there were nine different types of groups that had come from various places," Isabel Lisboa, archaeological consultant on the project, told CNN Monday.

"These settlements were extensive rural settlements that provided grain and meat to the Roman army."

It's not clear why so many were decapitated, but Lisboa said the most likely explanation is executions for crimes, with another possibility being ritual practice.

During the later part of the Roman occupation of Britain, the number of crimes carrying the death penalty increased from 14 to 60, as state instability became more prominent, according to research cited by the study.

"Roman laws seem to have been applied particularly harshly at Knobb's Farm because it was associated with supplying the Roman army, so there were many decapitations," said Lisboa, who is a director at Archaeologica, an archaeological consulting company.

"Crimes normally would have been let go, but there were probably tensions with the Roman army."

Most of the skeletons are believed to have belonged to adults over 25 years of age, with several showing signs of anemia and tooth decay, according to the research.

Fifteen graves included pots and miniature pottery goods, such as beakers dating from the third and fourth century A.D. Archaeologists also found a comb in one grave that may have been in a woman's hair when she was beheaded.

There were settlements in the area throughout the Roman period, peaking in activity between 250 A.D. and 325 A.D., according to the research.