Ex-Saint Will Smith Shot and Killed in Crash Flare-up 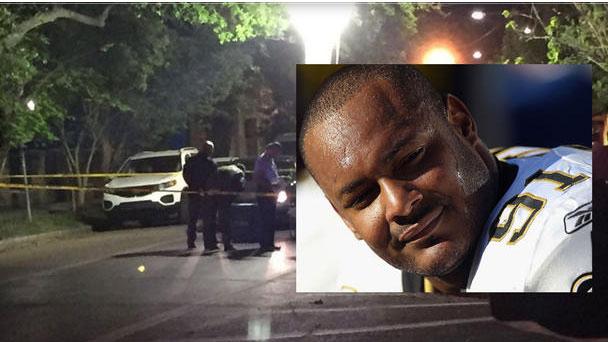 (CBS NEWS) Former New Orleans Saints defensive end Will Smith, a key player on the team's Super Bowl win in 2010 and an ex-player beloved in the city, was shot and killed on his way back from dinner late Saturday night, according to police.

Smith, 34, was accompanied by his wife at the time of the incident, and she was also injured by the barrage of bullets directed at the couple, but is expected to survive, reports CBS affiliate WWL-TV in New Orleans.

Smith, who played for a decade for the Saints, was shot after a three car accident in the city's Lower Garden District. Police told WWL that a Hummer H2 rear-ended Smith's Mercedes-Benz SUV causing Smith's vehicle to rear-end another car driven by one of his friends.

Smith exited his vehicle around 11:30 p.m. Saturday night and started arguing with the driver of the hummer.

The Hummer driver, who has not been identified but officials say is 30 years old, was apprehended after he allegedly unloaded a fusillade of bullets at Smith and his vehicle. The driver and another person have been apprehended and are being questioned in the incident.

Friends and former players to took social media to express shock and sadness at the incident.

Smith won a national championship with Ohio State's football team and was a first-round Saints draft in 2004. He led the team in sacks in 2005, 2006, 2007 and 2009, In his final year with the Saints he helped the team win its only Super Bowl title.

In a statement, Smith's family thanked supporters and asked for privacy.