Evers welcomes visit from President Biden after aides urged against it 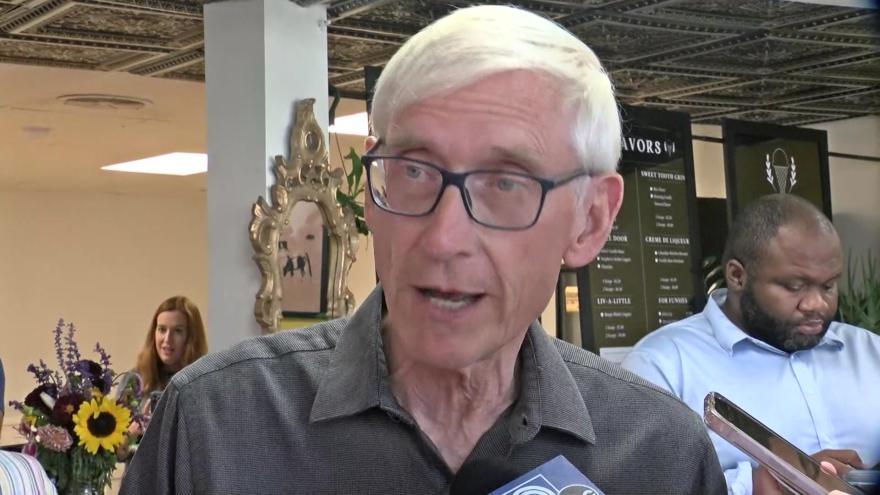 WEST ALLIS, Wis. (CBS 58) -- Governor Tony Evers said he played no role in his staff urging President Joe Biden to avoid a visit to Wisconsin as the Democratic governor is locked in a tight reelection bid.

Evers welcomed President Biden and Vice President Kamala Harris to stop in Wisconsin, adding he was unaware of the staffers who told the Biden administration to not visit Wisconsin, according to a report by CNN.

"Absolutely not. It wasn't me," Evers said when asked if he knew who told the Bidens' team to avoid traveling to the battleground state. "I don't know if it was anybody."

CNN reported, "Biden's aides had been planning his own big speech at the end of July, in Wisconsin -- until aides to Gov. Tony Evers, who's in a tight reelection fight, urged him not to come so they could avoid being together."

Evers argued he was not part of that decision and is unaware of the staffers who were involved.

"President Biden and Kamala Harris are both welcome to the state, especially to talk about things that are impacting people in Wisconsin," said Evers.

Evers is vying for a second term. He faces Republican Tim Michels in the general election.

Gov. @Tony4WI says he would welcome President Biden and VP Harris to stump for him in WI ahead of the Nov. election.
It comes after CNN reported Evers aids urged Biden not to visit. pic.twitter.com/26VPKmNYLu