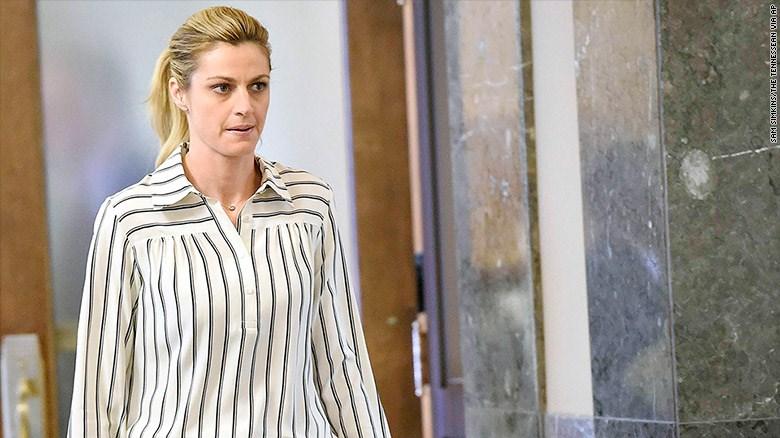 An emotional Erin Andrews broke down in court Tuesday, opening up about the stalker who videotaped her in numerous hotel rooms in 2008 and 2009, including one in Milwaukee.

Andrews has filed a $75-million civil suit against Michael Barrett and the owner of a Nashville-based Marriott hotel, where parts of the video that went viral were recorded. She says that video has changed her entire life, including her career.

"I felt like when I walked into a room...I felt like everybody was watching me like they'd seen the video," she said in court Tuesday. "You don't realize how long 4 and a half minutes is until it's your naked body,"

In a video deposition, Barrett admits to using hotel phones to find out which room Andrews was staying in. That includes a Milwaukee Radisson hotel near the airport, where Andrews stayed while covering baseball for ESPN in 2008.

"They connected me, the house phones, the connoisseur phones and things shows the room number on them so I knew what room she was in," he says.

Court records show Barrett placed calls inside at least 14 Milwaukee-area hotels, before locating Andrews at the Radisson. He never checked in as a guest, but an FBI investigation revealed the peephole on Andrews door had been "hacked off", in a manner similar to one discovered at the Marriott in Nashville.

The Milwaukee tape does not appear in the 4 and a half minute video Barrett released publicly.

Barrett served two and a half years in federal prison on stalking charges, before Andrews ever filed the civil suit.

The Airport Radisson has since changed names and ownership, and that property is now home to a Days Inn & Suites.