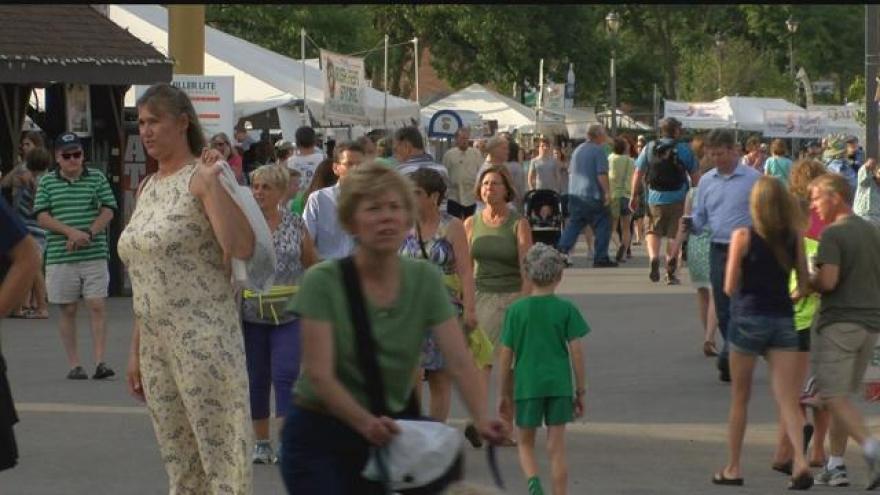 Milwaukee Irish Fest, the world’s largest celebration of Irish and Celtic music and culture, has announced the 2017 entertainment lineup. This year’s festival welcomes Dublin’s world-renowned TradFest Temple Bar for its very first engagement on U.S. soil. The special TradFest Dublin Showcase will be hosted on the grounds throughout the four-day festival, which takes place, August 17 – 20 at Henry Maier Festival Park on Milwaukee’s lakefront.

“We are thrilled to be joining forces with TradFest Temple Bar to showcase some of the world’s best Irish traditional musicians,” said Linda Clark Klibowitz, president of the board of directors for CelticMKE, the organization that presents Milwaukee Irish Fest. “This experience was ten years in the making and we could not have done it without the generous support of the Dublin City Council. It’s a privilege for Milwaukee Irish Fest to host TradFest Temple Bar’s very first U.S. collaboration.”

Entertainment highlights for the 2017 festival include:

What began as a niche festival in Dublin’s Temple Bar District ten years ago has grown to a five-day music event showcasing the best traditional, folk and nu-folk artists from around the world. Now, guests of Milwaukee Irish Fest will be treated to the sights and sounds of TradFest in an unmatched musical showcase.

“We are delighted to bring TradFest to Milwaukee Irish Fest because we are very proud of our event and what it stands for, pure unadulterated traditional music and culture at its best," said Martin Harte, CEO of the Temple Bar Company, the company responsible for TradFest.

Artists slated to play the very special showcase have previously appeared at TradFest in Dublin, Ireland. Festival-goers will enjoy music from a variety of artists, including celebrated County Galway traditional fiddle player Frankie Gavin and newcomers Cúig, whose rock-infused sound puts a new spin on traditional music. Dermot and Flo are an award-winning accordion/harp duo whose spare and beautiful music has been mesmerizing audiences for years.

Quirky, rich, and a little unconventional, The Young Folk craft personal songs that instantly connect with listeners. A member of the legendary Black family, Aoife Scott’s high energy and haunting voice makes listening to her songs a sublime experience for audiences. Uilleann piper and former member of The Bothy Band, Paddy Keenan has been making music since his teens, influenced by a mix of blues and traditional music played by his father and grandfather during his childhood as part of a travelling musical family.

Each year, the organizers of Milwaukee Irish Fest travel the globe in search of the best and brightest in Irish and Celtic music and culture. This August, the festival is excited to welcome the following artists for the first time:

In addition to the new artists, Milwaukee Irish Fest will welcome back several returning acts this year, many of whom have developed a devoted following, both here in Milwaukee and abroad.