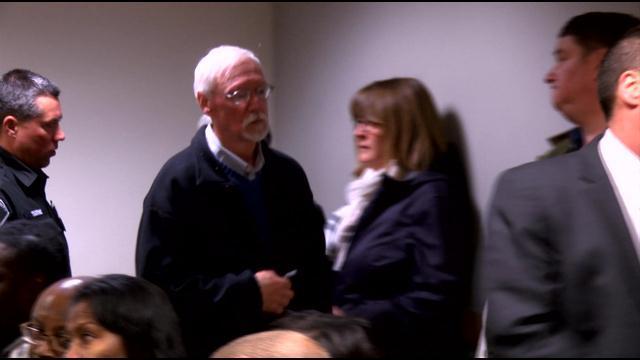 Bail was set at $5,000 for 69-year-old Dean Cepukenas. He is charged with two felony counts of hit and run after hitting a pregnant Genie Webb and her three year old as they crossed the street on November 4.

Witnesses say Cepukenas briefly stopped before fleeing the scene of the hit and run. His attorney says his client stopped when he realized he hit something, but didn't see anything in the road.

Webb was transported to a hospital following this incident. Doctors performed an emergency C-Section on Webb. \"He was born without a heart beat and he was not breathing,\" Genie Webb's Mother Tracy explained, \"So they had to work on him, he needed a transfusion, but he pulled through.\" Webb's three-year-old daughter is also recovering from her injuries.

As Cepukenas was leaving the courtroom Tracy Webb attempted to speak to Cepukenas. Webb's upset mother Tracy said, \"I can't really say what I'd like to say. I really don't know I'm just really angry at the guy. I'm just very angry at him.\"