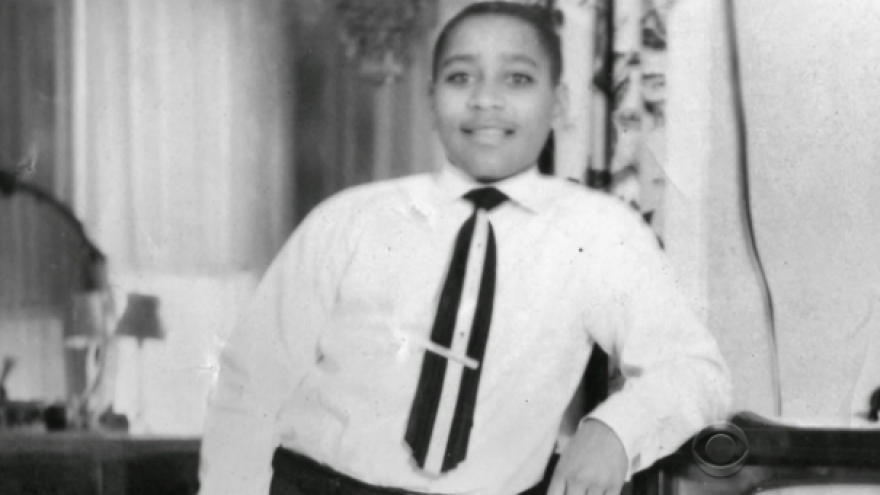 (CBS NEWS) - It was the shocking picture that ignited the Civil Rights Movement: 14-year old Emmett Till in his casket.

His mother Mamie wanted the nation to see the brutality of his killers.

“I wondered, why was it necessary to shoot him?’” she said years later.

Till was visiting family in Mississippi when a story started going around town that he had whistled at Carolyn Bryant, a 21-year old white cashier at a grocery store.

After Till’s body was found a few days later, Bryant’s husband and brother-in-law were charged with murder. At the trial, Bryant testified Till made lewd advances, verbal and physical.

“In court she testified to something that was tantamount to attempted rape. What she said was ‘that part’s not true,’” said author Tim Tyson.

Tyson writes in his new book “The Blood OF Emmett Till,” due out next week, that in an interview conducted a decade ago she took it all back. The book is published by Simon and Schuster, a division of CBS.

“She was trying to say nothing that went on between them constituted any excuse for anyone harming him, let alone what happened to him,” Tyson said.

Despite overwhelming evidence, the men were acquitted in less than an hour by an all-white jury. They would later admit to a magazine they had killed Till.

“60 Minutes” was able to get some footage of Bryant in 2004, then Carolyn Donham, but she refused to answer any questions, as her son made clear to Ed Bradley.

“I have some questions I’d like to ask her about Emmett Till,” Bradley asked in 2004.

“Will she come out and talk to us?” Bradley asked.

Carolyn Donham is now 82 years old. Her family won’t say where she is now living.