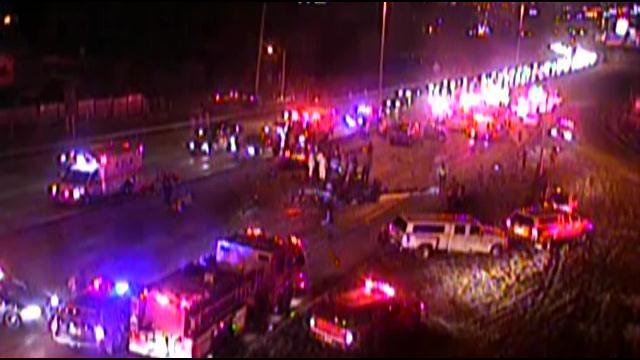 On Friday, the 911 calls were released that came in the night of January 23rd when a wrong way driver died on Interstate 94 in Milwaukee County .Clearly

from the tone of their voices, they sensed that the crash they had just witnessed would be fatal.

The crash brought traffic to a standstill for hours.

Dispatcher: \"Are you on scene with them?\"

Dispatcher: \"Okay, Okay. We'll send somebody out there.\"

Investigators say Marcus Cortez, 32, drove up the Mitchell exit ramp onto I 94 and caused a crash that involved six vehicles total near Hawley.

The Sheriff's Office says his headlights were off and he was going the wrong way.

Cortez struck at least one vehicle and several other cars became involved trying to avoid the wreckage.

Cortez died at the scene.

The Medical Examiner's report says his blood alcohol level was .282, more than triple the legal limit.