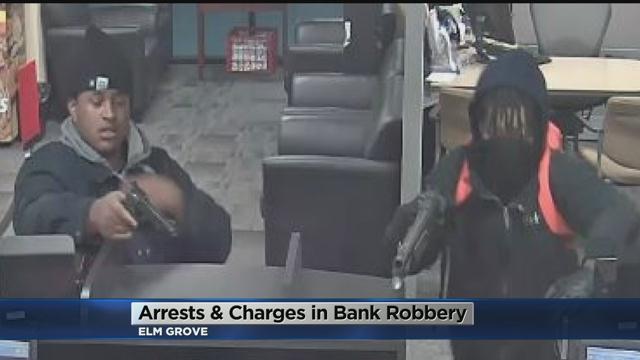 The robbery happened at the TCF Bank on Bluemound back in February.

One of the suspects was caught the very next day, but it took months of investigating with the FBI to find all three.

Police say two of them went into the bank with guns, pointed them at the tellers, and demanded money.

The other was the getaway driver.

All three are now in federal custody.