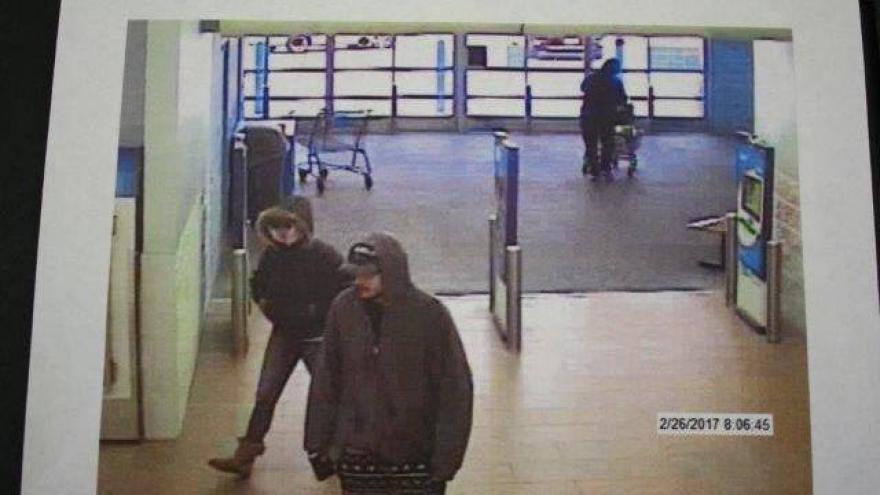 WALWORTH COUNTY - The Elkhorn Police Department is currently looking for two suspects who stole a purse and credit cards from a car and then went on a shopping spree at a Walmart in Burlington.

The suspects entered the vehicle February 25th and took the purse with credit cards. They then made their way to the Walmart in Burlington the following day where they used the stolen cards to purchase a 55-inch color TV and a play station 4.

The male in the picture is wearing a gray hooded sweatshirt, a dark-colored baseball cap, and dark colored pants. He has a partial bear.

The female in the picture is wearing brown winter boots and sunglasses. They were both seen leaving the store in a red truck.

If anyone has information on these two suspects, they are asked to contact Detective Bushey with the Elkhorn Police Department at (262) 723-2210.