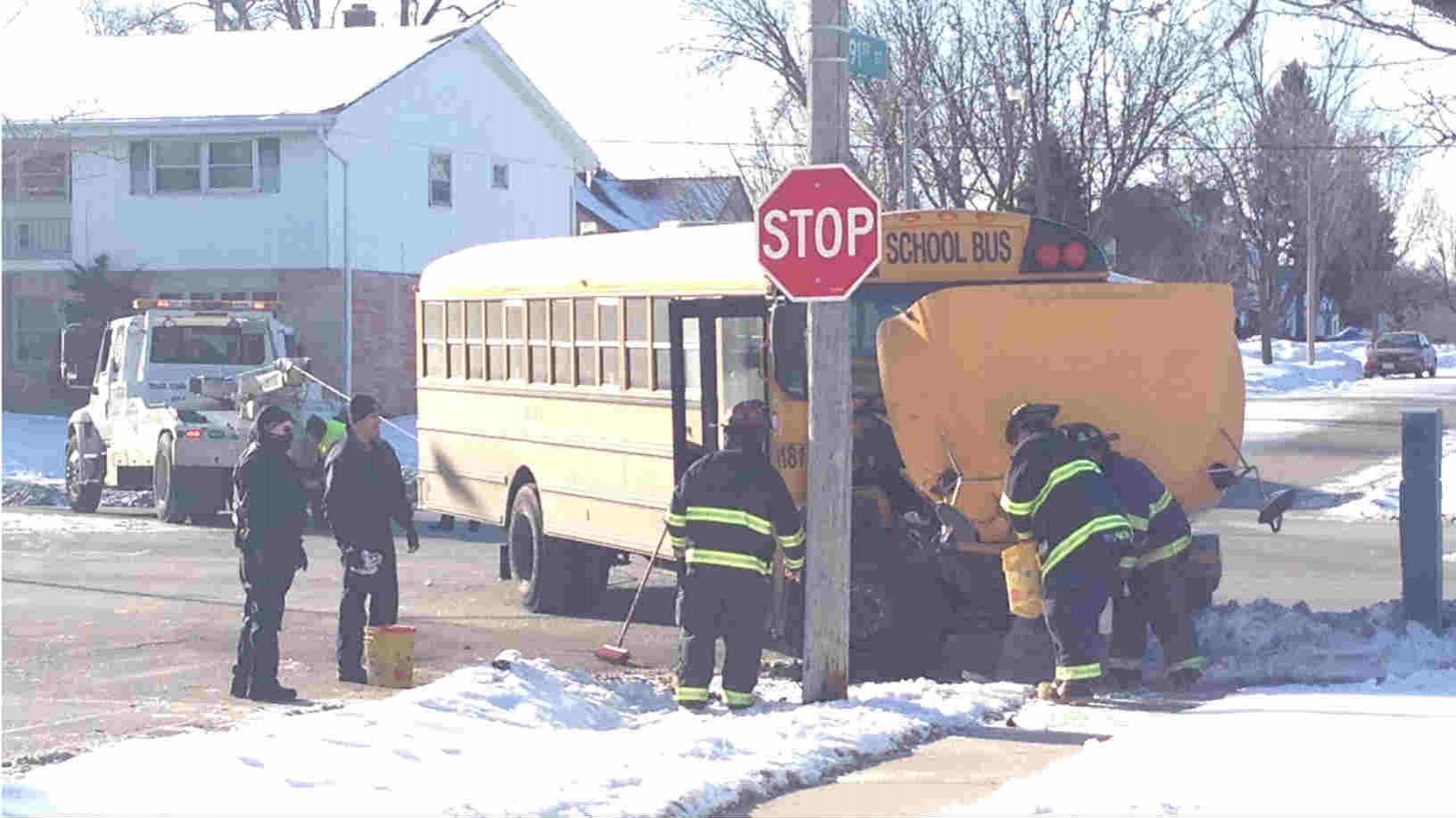 For the second day in a row, there's a school bus crash in Milwaukee and there are injuries.

A car and Riteway school bus collided at the intersection of 91st and Hampton around 7 a.m. Thursday. The crash left the car wedged between a post and the bus.

The Milwaukee Fire Department tells CBS 58 it used the jaws of life to rescue the person inside that car. The individual was then rushed to the Froedtert Hospital.

Riteway's Vice President of Operations, Paul Kolo, said the children on the bus at the time of impact were on their way to school at Lancaster Elementary. He said two children were taken to the hospital with bumps and bruises.

With visible damage to the bus' front end, another one had to be called in to take the remaining students to school. Kolo said the male bus driver was not hurt.

Officers with the Milwaukee Police Department blocked off the area to clean up the mess and tow the bus away.

Carolyn Heath lives nearby and heard the sirens blaring. She described what she saw when she looked outside of her apartment door.

\"It was, the car, was into the bus, and the hood of the bus was up and I'm like, 'that happened on the corner?'\" she said. \"Because like I said, I've never seen an accident there before.\"

At this time, we do not know the condition of those injured.

Kolo tells CBS 58 that the bus driver is off-duty pending the police investigation and that he may be subject to re-training procedures.