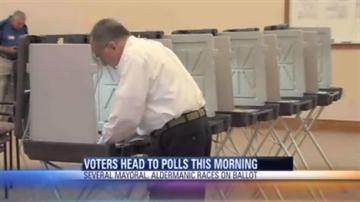 WEST ALLIS -- Thousands of voters will take to the polls Tuesday to decide more than 3,500 races across the state.

Locally, big races include the 15th Aldermanic contest in Milwaukee, which will fill the Common Council seat vacated by Willie Hines. Tuesday's primary will narrow the list of candidates from five to two.

Also, in Milwaukee County, voters will be asked if supervisors pay should be cut in half and their benefits be eliminated.

City of Waukesha voters will also elect a mayor. Incumbent Jeff Scrima is being challenged by Shawn Reiley.