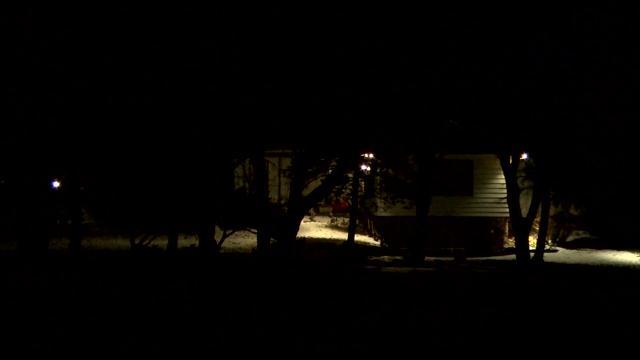 An 83-year-old woman was the victim of a violent home invasion Monday. Franklin police say a man broke into the woman's home on West Oakwood road around dinner time yesterday.But happened next has everyone in the neighborhood talking and the thief still on the run.

Some quick thinking helped the 83 year old woman escape from her attacker. Her neighbor tell us she's a kind lady that everyone loves but when she was pushed to the limit she was tough as nails.

Franklin police tell us the elderly woman was alone at her home when around 5:30 Monday evening, a man broke in demanding money, prescription drugs and alcohol. When she wouldn't give him what he wanted the suspect pushed her down several times and ransacked her house.

The suspect loaded stolen items including safes and a rifle into the victims car,planningg to steal it all. But he underestimated her. On a return trip inside to get more loot the elderly woman snuck out, got into her car, and drove herself to the police department.

Neighbors say they cant believe it happened to such a kind woman and now they're thinking of forming a neighborhood watch group to protect each other in the future.

The suspect is described as a thin white male with brown hair who is in his twenties. He has not been caught. Contact Franklin police if you see someone matching this description.