Elderly woman dies after being knocked over during robbery 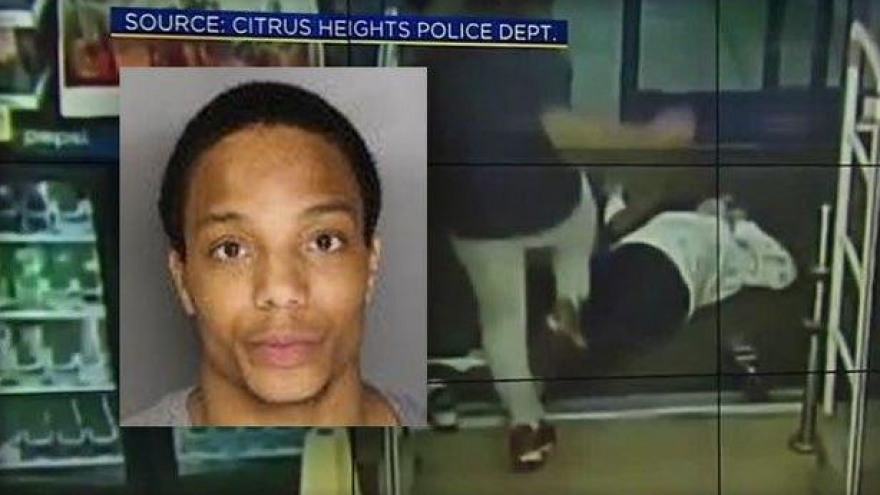 CITRUS HEIGHTS, Calif. — Citrus Heights Police have announced the arrest of the suspect accused of knocking over an elderly woman inside a Rite Aid who later died from her injuries, CBS Sacramento reports.

Kimani Randolph, 21, was arrested in Las Vegas on Thursday. He will be extradited to Sacramento next week.

He is currently in custody for robbery and violation of probation. Charges relating to the death of an 87-year-old woman who was knocked over during his escaped are still being discussed.

Marilyn Stribley died on Saturday, days after she was knocked over while fleeing the scene of a robbery at a Rite Aid near her home.

Her son-in-law says she loved bingo and the community pool and often walked to the nearby Rite Aid.

But that walk turned deadly on Nov. 27 during a pharmacy robbery.

Surveillance video shows three black male suspects between 18 and 30 years old rushing the pharmacy, jumping the counter and demanding drugs. When they got their fill, police say the trio raced out of the store.

One of the suspects, now identified as Randolph, bumped into the 87-year-old Stribley, knocking her hard to the ground. First responders who arrived at the scene say she didn't have a pulse, but were able to revive her and take her to the hospital. But Stribley died over the weekend.