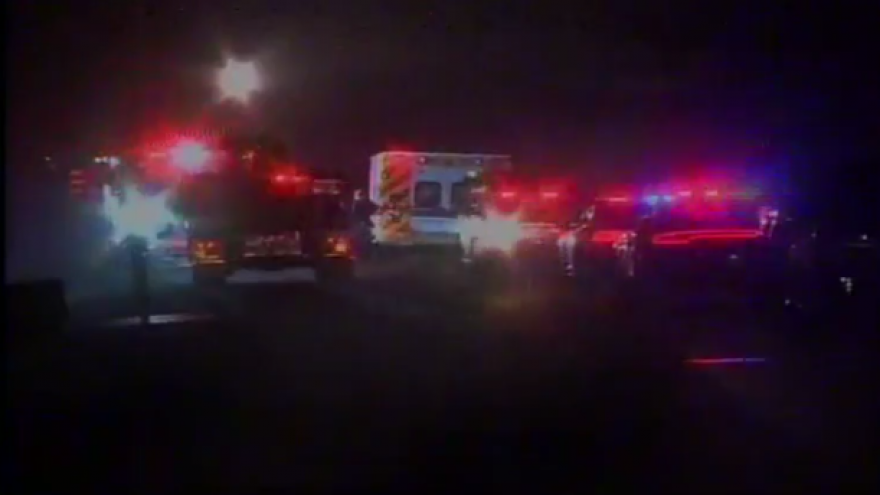 SUAMICO, Wis. -  (WFRV) An elderly couple is dead after their house went up in flames in Suamico.

Just after 11 P.M. Sunday night, Suamico first responders were called to a home on Woodsdale Street when neighbors saw smoke coming from the house.

While putting out the fire, firefighters found two people dead, one outside the home, and one just inside the doorway.

Officials have said they were the couple that lived in the home but is not releasing their names until family members are notified.

So far, fire officials have not released any cause of the fire. The state fire marshal and the Brown County fire investigative team were on scene for much of Monday morning to see what caused this fire.

Much of the damage was on the north side of the home, and that the house is a total loss.