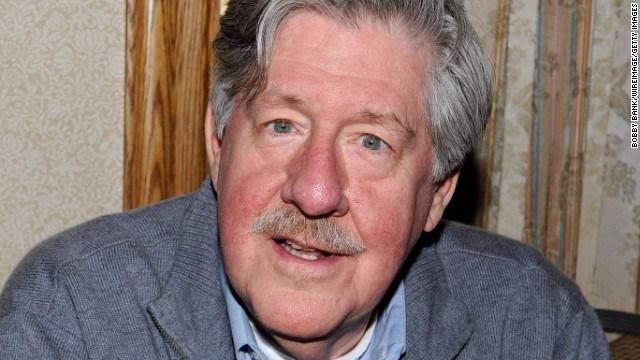 Herrmann passed away Wednesday at a hospital in New York. The cause of death was a brain tumor, according to his manager, Robbie Kass.

"Besides being an accomplished actor, was also a true gentleman and a scholar, as well as being an incredibly kind and decent man. He will be sorely missed," Kass told CNN.

"My friend Ed Herrmann was the kindest, classiest, most talented man. It was an honor and a joy to know him, a devastating blow to lose him," tweeted Lauren Graham, who starred as Lorelai Gilmore in "Gilmore Girls."

Over a career that stretched over more than four decades, Herrmann was rarely the star but always a standout.

In a 1980 episode of "M*A*S*H," he played a visiting surgeon who starts out confident and polished but can't keep up with the pace. In "St. Elsewhere," he had a recurring role as Father Joseph McCabe, the sturdy founder of St. Eligius, the show's hospital, who offered guidance to a future doctor. The latter role earned him two Emmy nominations.

And then there was Richard Gilmore, the blue-blooded father of Lorelai Gilmore, whose snappy dialogue -- often with his daughter or his wife (Kelly Bishop) -- couldn't hide his big heart, especially when it came to his granddaughter Rory, played by Alexis Bledel.

That relationship was reflected in real life, he told the A.V. Club in 2012.

"I was sort of delegated from time to time to look after her, and I was very, very fond of her," he said, noting that Bledel had a number of challenges her first years on the show. "One summer, I thought, 'She's not going to make it. She's going to burn out.' But then she went to Italy with a friend to learn cooking, and I thought, "She's going to be fine.' "

Herrmann had his star turns as well. He was nominated twice for Emmys for his portrayal of FDR, first in the TV movie "Eleanor and Franklin" (1976) and then in the next year's "Eleanor and Franklin: The White House Years." (He also played Roosevelt in the 1982 movie version of "Annie.")

Even people who didn't recognize him probably knew his mellifluous voice from audiobooks and History Channel documentaries.

But, in general, he was content to be a supporting performer, one of the esteemed and distinctive cadre of performers thought of as "character actors." He went easily from role to role -- his Internet Movie Database page includes 130 credits, including small spots in "American Dad," "30 Rock" and "Drop Dead Diva" -- and he reveled in the work.

In the A.V. Club interview, he expresses enthusiasm for almost everything he appeared in. His co-stars are often "great" or "wonderful," and he has kind words for forgotten films such as "Harry's War" and his appearance in the maligned 2011 comedy "Bucky Larson: Born to Be a Star."

"Sometimes I'm stuck in a straitjacket with suits, playing Alger Hiss and Roosevelt and so on, and I said, 'These guys are really wonky, and they're where the kids are these days, so do it! What's the matter with you?' " he said. "I had a great time."

Recently, Herrmann had been playing Lionel Deerfield in "The Good Wife."

He is survived by his wife and two daughters.