Eddie Lacy is Coming to Meijer 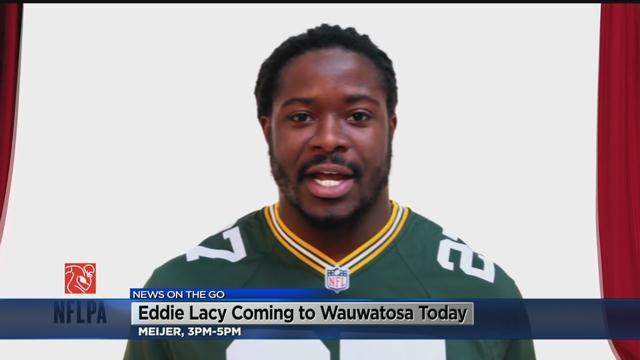 Packers running back Eddie Lacy is coming to our area today!

Last week he surprised fans with the announcement on Twitter.

He tweeted "What's your favorite video game? Campbell's Chunky is bringing me to Meijer in Wauwatosa to play you in mine."

Campbell's Chunky Soup recently named Lacy the head of its Everyman All-Star League Campaign, which is like a reverse fantasy football league for NFL players.

You can see Lacy from 3 to 5 Tuesday at the Wauwatosa Meijer.