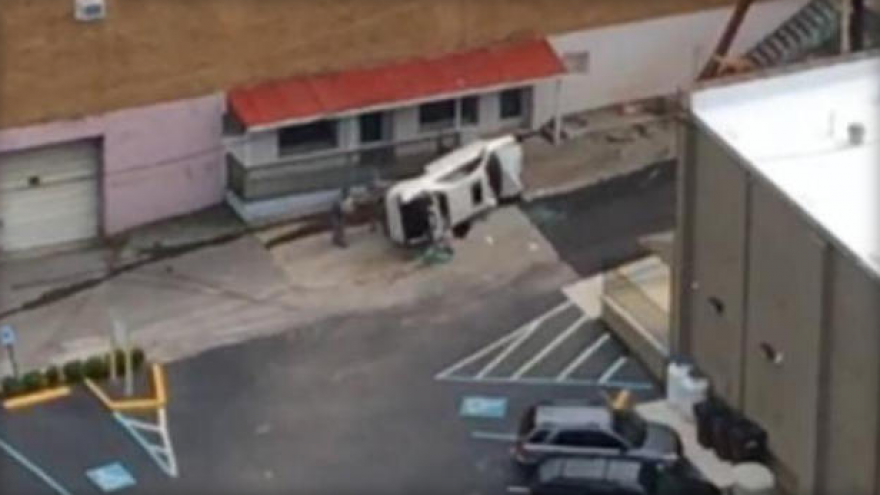 Authorities say two women watching the eclipse while standing on a sidewalk in Kentucky were struck by a car, and one has died.

State Police Trooper Jody Sims says the car crossed the center line and hit a utility pole as well as the pedestrians Monday in Hyden, about 120 miles southeast of Lexington. The car ended up resting on its side.

CBS Lexington, Kentucky affiliate WKYT-TV reports the two worked at Primary Care and were on a lunch break when the crash happened.

It was unclear whether the driver, Alyssa Noble, was under the influence at the time, the station says.