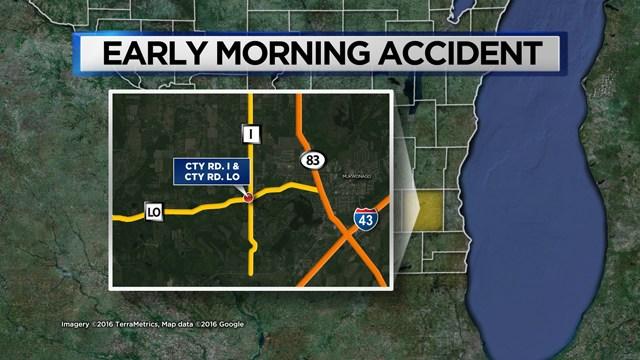 MUKWONAGO, WI - A 26-year-old East Troy man is reported to be in critical condition at Froedtert Hospital as the result of a single vehicle accident west of Mukwonago early this morning.  According to the Mukwanago Police Department, around 2:40 this morning, the vehicle driven by a 22-year-old Elkhorn man as east bound on Waukesha County road LO when the driver failed to negotiate a curve.  The vehicle  left the roadway near County Road I and struck a tree.  The Mukwonago Fire Department was called to extricate the 26-year-old passenger who was then transported to the hospital.  The driver was also treated at a hospital, but for minor injuries.  A Wisconsin State Patrol Accident Reconstruction team was called, and preliminary reports indicate that speed and alcohol were factors in the accident.  The driver was arrested for driving while impaired and causing injury.