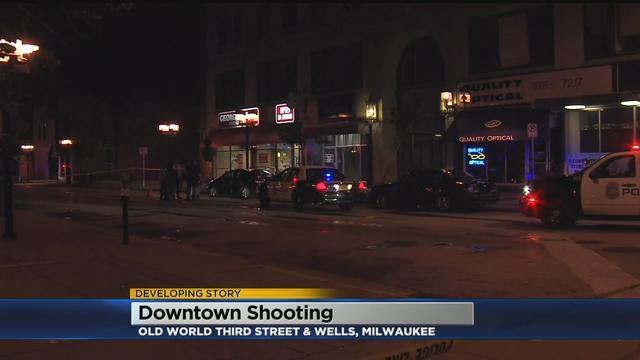 Police are investigating an early morning shooting near Old World Third Street and this is a busy area during the morning.

A lot of people are now getting on the roads and heading downtown to get to work.

That shooting happened just down the street, right outside the Wisconsin center.

The victim was able to drive himself here, where he flagged down a police car which took him to the hospital.

He is currently being treated for non-life threatening injuries.

Take a look at this video we just shot of the ongoing investigation.

You can see police putting down evidence markers here on old world third.

Police tell us a 34 year old man was involved in some kind of argument on the street.

We're not sure the extent of his injuries, but we know He was able to run down the street to get the attention of the officer.

Police tell us this investigation is ongoing.