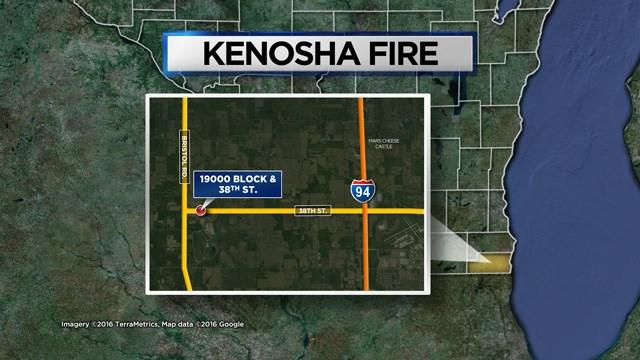 Crews from a number of Kenosha County fire departments responded to a fire in a vacant house and barn in Kenosha County Thursday morning.  The fire was discovered just after 5 AM at a property in the 19400 block of 38th Street, in the Bristol/Paris area of Kenosha County.

According to the Kenosha County Sheriff’s office, the fire has been contained and crews are currently cleaning up the area.  The barn apparently received heavy damage; damage to the house is undetermined.  Because the buildings were unoccupied, there were no injuries.

Investigators are on scene and still working to determine a cause for the fire.