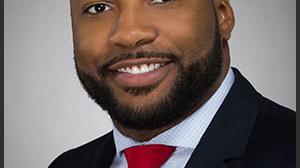 Earl Arms joined the CBS 58 team in March, 2013. He couldn't be more excited to be covering sports in his hometown!

Born and raised in Milwaukee, Earl returns home after anchoring and reporting sports at the WEYI-TV, the NBC-affiliate in Flint, Michigan. There, he was able to cover the inaugural Big Ten Championship Game in Indianapolis, as well as the Detroit Tigers' run to the 2012 World Series, among countless other Michigan sporting events.

After graduating from the University of Wisconsin-Whitewater, Earl worked for Time Warner Cable's Sports 32 in Milwaukee and WKOW-TV in Madison.

Earl is always looking for stories, especially those in his own backyard! Send your story ideas to earms@cbs58.com