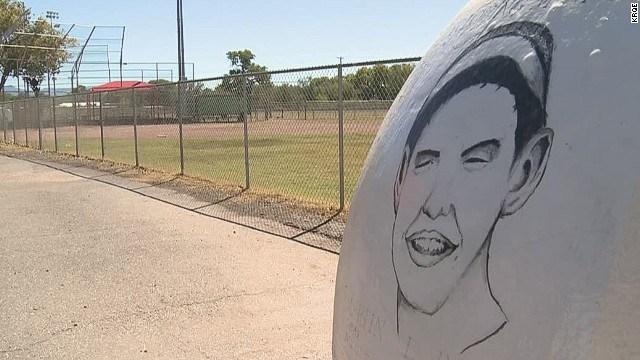 (CNN) -- Before he died this year, a 14-year-old boy wanted to do something for his community.

That's why Martin Romero asked the Make-A-Wish Foundation to donate his wish to improve the local baseball fields that were his second home.

Originally, he wanted to skydive for his wish.

\"Because of his tumor, they wouldn't allow that,\" mom Cindy Romero said. \"He would have had to get permission from his physicians.\"

When his condition worsened in January, Martin decided he wanted to upgrade the Albuquerque, New Mexico, fields where he had played baseball since he was 6 years old.

Martin died in January, before he could see the renovated fields.

His father said the new asphalt between fields makes it easier for people using wheelchairs, walkers or strollers to watch the games up close and support their teams. A painting of the young man was also added at the park.

\"It's a situation where you can't even walk up and not shed a tear,\" John Romero said. \"Just remembering him on the field.\"

This week, the Bernalilllo County Commission will consider renaming one of the fields after him. If the commission approves the naming, a county naming and memorial committee will make the final decision.