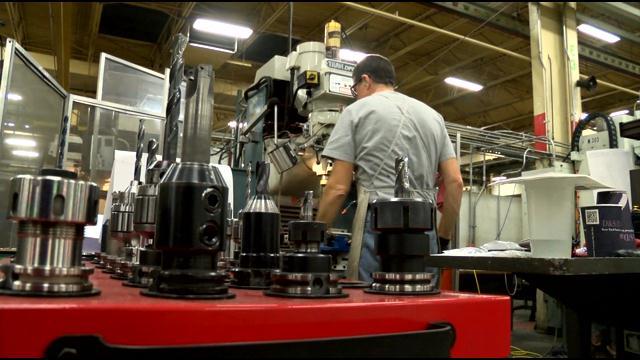 The state's agency which looks at jobs numbers reports Wisconsin had its best month for adding new jobs in 23 years.

This month started with an announcement of about 1000 jobs being cut the Oscar Meyer plant in Madison. This week, more than 200 jobs announced to go from Johnson Controls in Milwaukee. Thursday, it was announced there are 400 to be cut from the Tyson Foods pepperoni plant in Jefferson.

Among the news of job loss, the state's Department of Workforce Development reports early data shows more than 15,000 jobs were added in October.

State Senator Leah Vukmir (R-Wauwatosa) said in an email, Thursday’s report is great news for Wisconsin. She also said, “As a result of continuing to make Wisconsin a more business-friendly state, we will create more opportunities for workers to support their families. Wisconsin is truly open for business!"

Milwaukee State Senator Chris Larson says this report does nothing to stop people from worrying about jobs in the state. He said, “The Department of Workforce Development which is under Scott Walker has a history of skewing the numbers… they're skewing things in favor without giving an honest assessment of it."

The report also shows Wisconsin’s unemployment rate is holding at 4.3%, the lowest point since 2001, and below the national average of 5%.