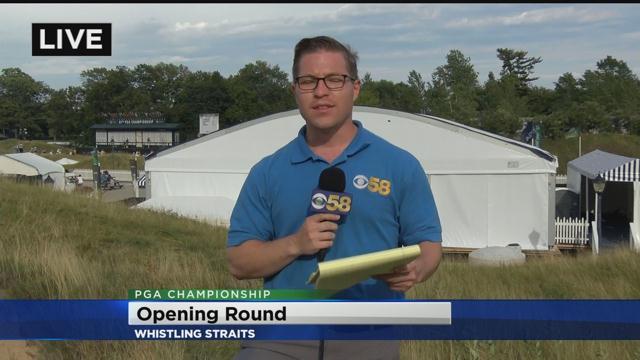 Things got started at Whistling Straits bright and early today at 6:45 AM.

More than 200,000 people are expected at Whistling Straits during this PGA Tournament.

Two groups of the games elite teed off just after 1:00 PM and made everyone stop in their tracks and watch.

Phil Mickelson has captured the attention of golf fans for years.

He followed two of the biggest young names in the Rory McIlroy and Jordan Spieth.

Today it has all been about Dustin Johnson he has dominated the leader-board.
He leads the pack at six under.

David Lingmerth has tied Dustin Johnson with six under as of 5:41 PM.

Russell Henley, Matt Kuchar and Harris English is at four under.