During Shooting, Orlando Shooter Told Cops: "You people are gonna get it" 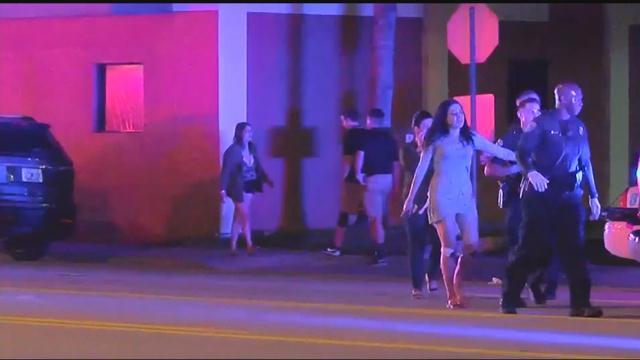 The FBI released partial transcripts Monday of four calls between Mateen and law enforcement, as investigators prepared to give additional details about its investigation into the massacre at the Pulse nightclub in Orlando, which left 49 victims dead. Mateen also died.

The communications, along with Facebook posts and searches made before and during the shooting, have been slowly adding to the public understanding of the final hours of Mateen's life.

The FBI said Mateen called 911 at 2:35 a.m., a little less than 30 minutes after the first reports of shots being fired inside the nightclub. He had already engaged in a firefight with several of them before the call.

He spoke with an emergency dispatcher, saying "I'm in Orlando and I did the shootings."

On that phone call, Mateen also said a Muslim prayer, and pledged his allegiance to something that has been redacted in the official transcript. It has been previously reported that Mateen pledged allegiance to ISIS.

Additionally, on Monday, ISIS released a videotape praising Mateen, reports CBS News' Khaled Wassef. In the videotape, an American-sounding militant calls Mateen "one of the soldiers of the Caliphate," and calls him "one of the few who was truthful to his lord."

Officials have repeatedly shot down any suggestions there was a direct link between ISIS and Mateen, stating that he was a "lone wolf" inspired by their online propaganda.

After the initial 911 call, the FBI said Mateen "engaged in three conversations with (the Orlando Police Department's) Crisis Negotiation Team."

Mateen told negotiators he was "an Islamic soldier," and that he was demanding America "stop bombing Syria and Iraq," giving that as the reason he was "out here right now."

According to the FBI: "When the crisis negotiator asked the shooter what he had done, the shooter stated, 'No, you already know what I did.'"

Mateen told police he had placed a bomb in a car outside the club.

"You people are gonna get it, and I'm gonna ignite it if they try to do anything stupid," Mateen said.

Later in the call with the crisis negotiator, the shooter stated he had a vest like they "used in France," likely in reference to the suicide bomb vests several of the killers in the Paris attackspossessed.

After this, the shooter hung up and did not answer his phone anymore.

At 4:21 a.m., police pulled an A/C unit out of the wall and began evacuating victims.

Eight minutes later, victims began telling police he was planning on putting suicide vests on four victims inside the club.

At 5:02 a.m., the SWAT team breached the bathroom wall at Pulse to free hostages and engage the shooter. Thirteen minutes later, he was reported dead.

The FBI says that during the three hours between the initial gun battle with cops and the final showdown with SWAT, there were no reports of shots fired in the club, and that officials were going in and out rescuing people.