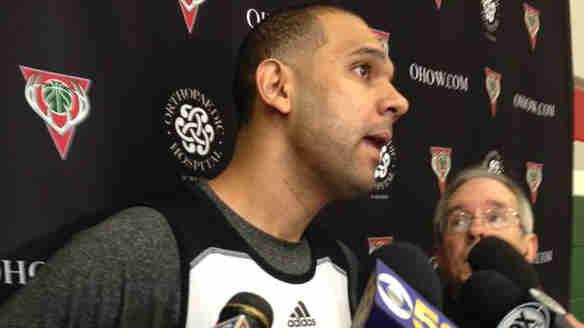 Milwaukee Bucks forward Jared Dudley says the Bucks are in a must-win game Thursday night against the Chicago Bulls.   The Bucks lost game one and two in Chicago.  The Bulls are up 2-0 in the series.

Dudley says the Bucks need to work for a great shot, not just a good shot. He says the shot selection was bad in game two. Dudley also knows the physical play will continue. There were a couple different scuffles in game two, leading to some technical fouls.

\"Excited. Game three here at home,\" Jared Dudley said.  \"I think it's a big for the city, big for us. Approaching it as a game seven mentality for us it's big to get back in the series.\"

Guard Michael Carter-Williams played well against Chicago back on April 1, he says he learned from that game.

The Bucks are hosting a pep rally outside the BMO Harris Bradley Center starting at 4:00 pm Thursday. Tipoff is set for 7:00.