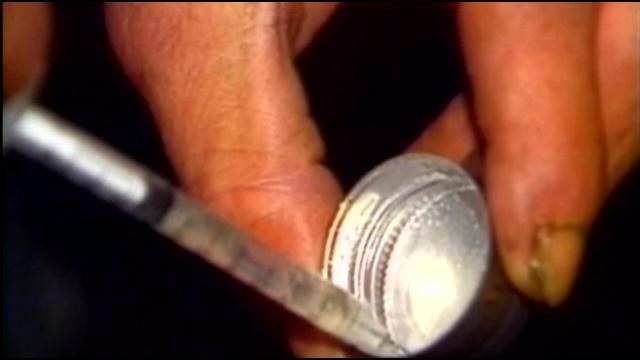 A wiretap by law enforcement leads to 48 arrests and a major drug bust.

Chisholm says authorities recovered 422 grams of heroin, 349 grams of marijuana, and 326 grams of cocaine.  Some of the drugs were found in a home that served as a daycare.

\"These guys were busy, they were working night and day distributing heroin throughout the community,\" said Chisholm.

Chisholm says the drugs all traced back to a group known as \"East Side Mafiosa,\" or ESM in Milwaukee.  He says this case is linked to several overdose deaths, and ring leaders could face charges of reckless homicide.

\"We believe there could be as many as up to a dozen that are connected to that,\" explained Chisholm, \"and that will be a focus of ours.\"

Chisholm says the group sold at least $4,000 worth in heroin each day to customers in 20 cities throughout Southeastern Wisconsin and Illinois.

\"Chicago is somewhat of a distribution point for all Mexican cartels,\" said Jim Bohn, with the Drug Enforcement Administration, \"and that's who's bringing up the heroin to that particular area.\"

Chisholm expects authorities will make more arrests in this case within the next few days,

Common Council President Michael Murphy is hosting a free, public forum to discuss the heroin epidemic and its negative effects. Community members, parents and those with loved ones struggling with opiate addiction are encouraged to attend.

It will be held Wednesday, November 19 from 6-8 p.m. inside the auditorium at the Milwaukee Public Schools Central Services Building. The address is 5225 W. Vliet St. There will be a resource fair following the meeting.