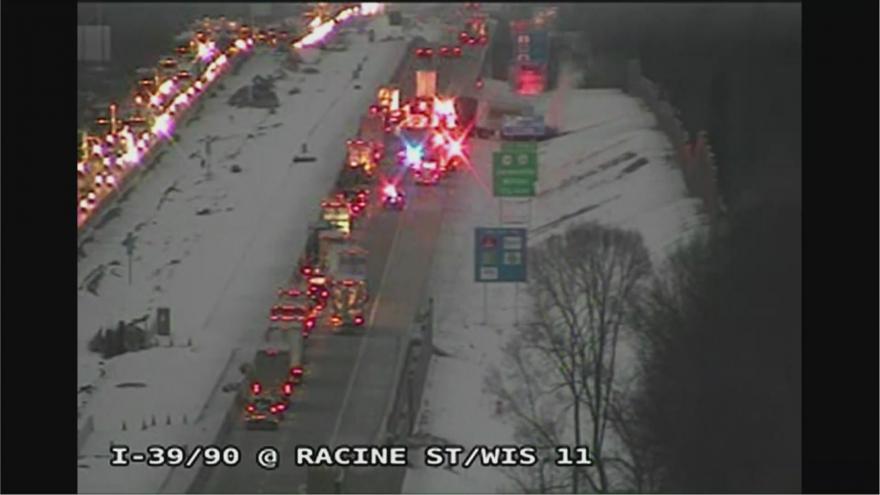 ROCK COUNTY, Wis. (CBS 58) -- A semi driver was seriously injured after a crash in Rock County.

When rescue crews arrived on scene, they located a semi fully engulfed in flames crashed into the right ditch.

A man was discovered lying outside of the semi, severely injured.

Preliminary investigation revealed that the injured man was the semi driver.

His injury was caused from jumping out of the semi and being struck by the tractor, the Wisconsin State Patrol says.

Passerby motorists helped the driver until EMS arrived on scene.

The man was taken to a local hospital. His condition is not known at this time.

He has been identified as a 27-year-old man from Davenport, Iowa.

The right lane of I-39 northbound was closed for approximately two and a half hours.