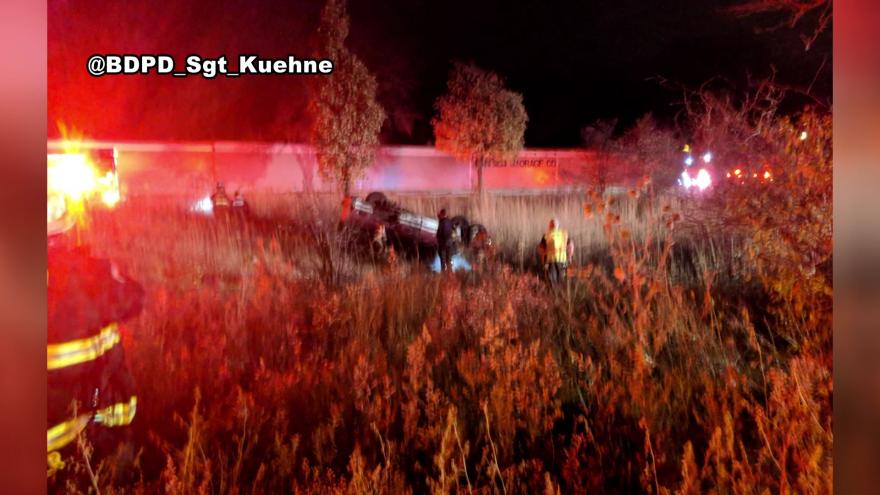 BROWN DEER, Wis. (CBS 58) – A crash in Brown Deer leaves one man in the hospital and police searching for another.

The crash happened shortly after midnight Wednesday at Sherman and Teutonia. Police say the driver lost control of his car and smashed into several poles and signs before the car flipped and landed in a nearby field. The driver was taken to a hospital, but a passenger ran from the scene.

Police are still looking for that man.