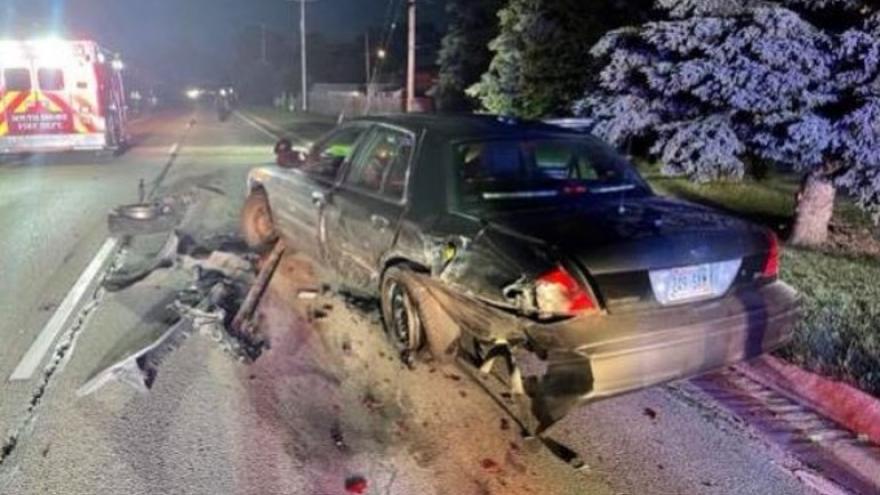 MOUNT PLEASANT, Wis. (CBS 58) -- A Mount Pleasant police officer conducting a traffic stop on State Highway 32 was struck by another driver while sitting inside his squad.

Police say the officer had been in his unmarked squad vehicle running information on the computer when he was struck by a 55-year-old woman from Kenosha, driving a Lincoln SUV.

The woman reportedly told officials she saw the light on the squad car but thought it was farther to the right than he actually was. She stated she was starting to merge to the left when she struck the driver's side rear of the squad.

Thankfully, there were no serious injuries to either the officer or the woman. However, both vehicles had significant damage.

The Wisconsin State Patrol assisted at the scene.