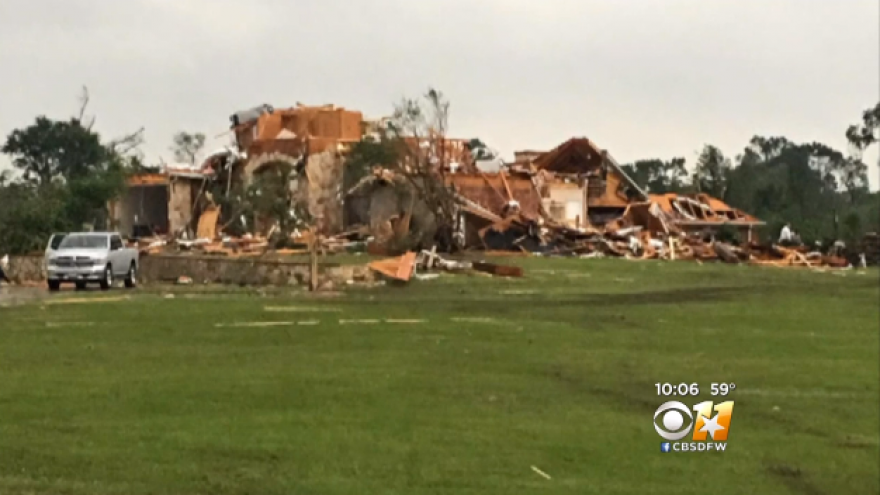 (CBSDFW.COM) – A deadly tornado tore through one woman’s dream wedding in East Texas, but it would not break her spirit.

“My faith is a lot stronger today because it has been shaken to the core,” said Jessica Carter.

She and Kyle Carpenter were minutes away from getting married when her sister and brother-in-law’s house was obliterated due to tornadoes ravaging through the area in Van Zandt County.

The tornado tossed cars and sent family members scrambling to save lives in the chaos.

Their lives were spared, but the tornado still proved to be deadly. Carter’s stepfather, Rusty Barlow, didn’t make it.

Her cousin said the loss was devastating.

“It’s going to be a hole that’ll be in her heart and something that’s going to take a lot of time to mend,” said Clint Horn.

Carter remembers her stepfather as a man who loved horses, welding, and his family.

Through the devastation came a glimmer of light as an unexpected discovery was made from the endless heaps of twisted metal — her baby brother.

“I didn’t know if he was okay,” cried Carter. “He was going to give me away. And I thought I lost him.”

Surrounded by faith and family, Carter will rebuild her future and still intends to marry the love of her life.