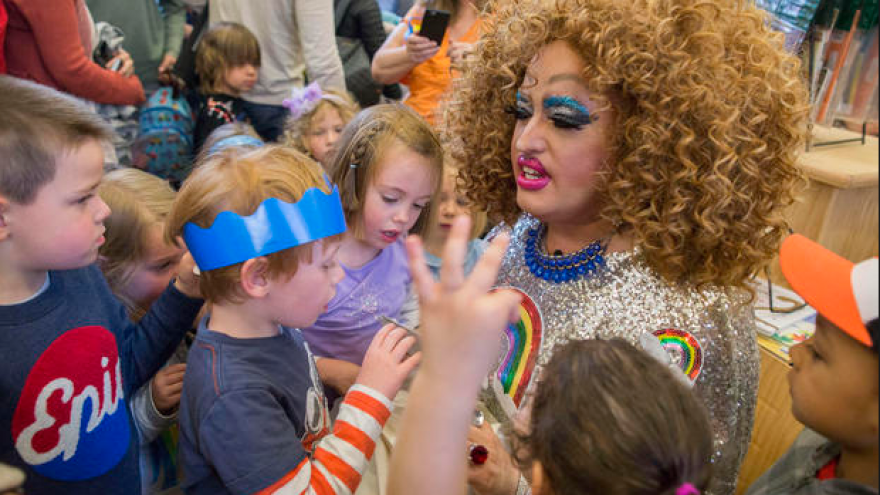 MADISON, Wis. (AP) — A southern Wisconsin library has invited a drag queen to read stories to children, replicating a trend that began at a library in San Francisco.

Wisconsin Public Radio reports that Pinney Library in Madison started Drag Queen Storytime earlier this summer. Miss Gretta, played by Craig Schlagel, reads a book and then the kids participate in a sing-along.

Schlagel said children are sometimes hesitant when meeting their first drag queen but that he presents a nicer version of his drag persona to the children.