DPW Plow Truck Gets Stuck in Snow on Milwaukee's East Side 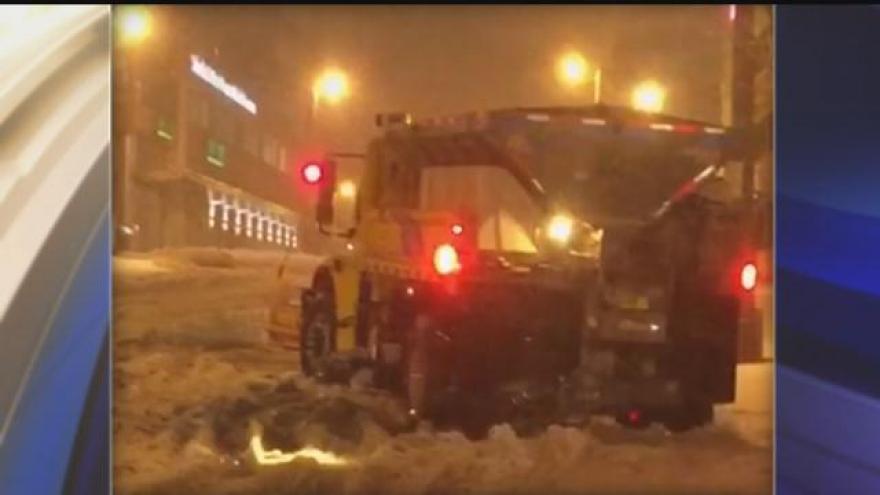 You know it's tough out there when even the people in charge of clearing the roads get stuck.

Monday night, CBS 58 News captured the unfortunate predicament for one DPW truck which struggled to emerge from the snow encrusted side side near North and Prospect.

Near Water and Juneau, a group of good Samaritans emerged to help a car that was stuck live on the CBS 58 News at 10.

This is an update for your evening newscasts on City of Milwaukee DPW snow event plans:

As the Sanitation crews complete their collection routes and returned to base, plow blades were mounted and 120 trucks will return to plow streets.

Garbage and recycling collections were canceled for  Tuesday, Dec. 29th.

The city still advises residents to set out their carts on Tuesday for curb pick up and to make sure to shovel out their carts, especially for alley pick up as crews will collect on Wednesday December 30th.