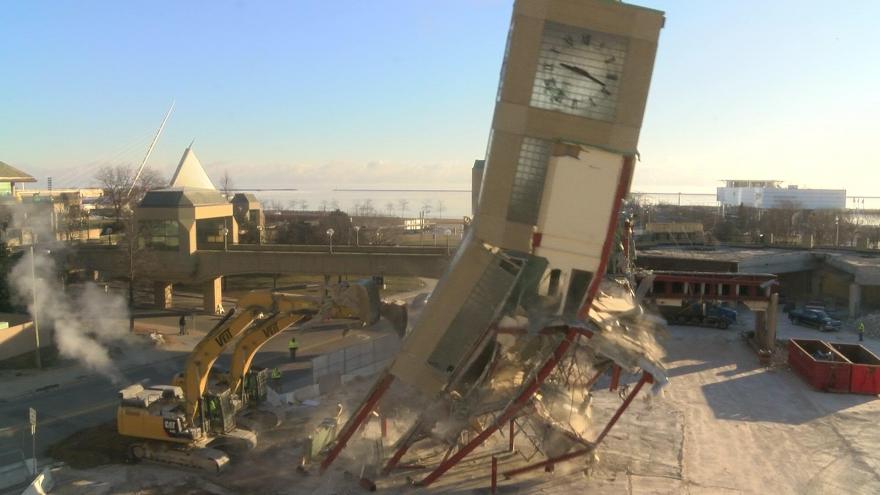 It took less than 20 seconds to fall to the ground, but with a giant thud, the Transit Center Clock Tower was demolished.

Crews toppled the Tower early Saturday morning, pushing it down with cranes after cutting the steel beams that supported it.

There were no watch parties, or crowds nearby -- With temperatures hovering around zero, who could blame them.

But County Executive Chris Abele called the demolition a milestone for Milwaukee.

"What's going to replace it will be, I guarantee, an icon for this city."

Abele is referring to the 44-story Couture Building, which will hold roughly 300 apartments and commercial retail space.

The Transit Center was only 24 years old, but Abele says it was time to cut ties.

"Essentially, it had been an empty bus barn. It wasn't pretty, it wasn't functional, and it sure wasn't generating jobs or revenue."

It took years to get to this point, with the County overcoming a dispute claiming the proposed skyscraper was too close to Lake Michigan.

Abele says all that is in the past, and he's looking forward to construction beginning.

"I really doubt there will be a lot of people with framed pictures, nostalgically lit, of the old concrete bus barn, once they're looking at a beautiful, new, white icon.