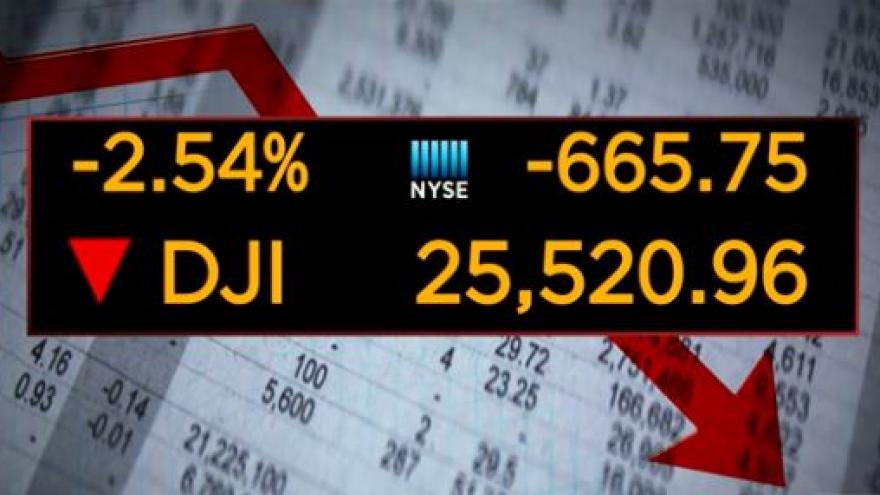 Investors are also concerned about rising inflation, which could prompt more interest rate increases from the Federal Reserve. Wages rose at their fastest rate in eight years, which could signal a tighter labor market and usher in higher inflation. Average hourly earnings, which had been rising at a modest 2.5 percent in the recovery, increased by 2.9 percent from the year before.

"A strong jobs report, evidence of faster wage growth, and a spike in long-term bond yields are behind this week's sell-off," said Greg McBride, Bankrate.com's chief financial analyst, in an email. "But those are all good economic fundamentals, so while there's no telling if the market will continue to correct or not, it is a good buying opportunity."

Economists and analysts have cautioned about the heightened risk of a market correction following months of steadily climbing equity valuations. Based on long-term measures, the U.S. stock market is trading at levels that were last witnessed during the late 1990s, when lofty valuations on dot-com stocks pushed the market higher, according to Oxford Economics.

The Dow is on track for what would be the fourth-largest decline in its history. On Oct. 13, 2008, in the early days of the financial crisis, the blue-chip index plummeted 11 percent or 936 points. Since 1946, there have been 46 corrections of more than 10 percent in U.S. equities or about one every 18 months, Slater noted.

"The current run of equity gains since the last such correction (at the turn of 2016) is 23 months," he wrote.

Amazon (AMZN), which beat analyst estimates for earnings and reported a quarterly profit that topped $1 billion for the first time, bucked the trend, adding nearly 2.9 percent.

Businesses hired robustly in January, adding a better-than-expected 200,000 jobs. The unemployment rate remained steady at 4.1 percent, the lowest level since 2000.