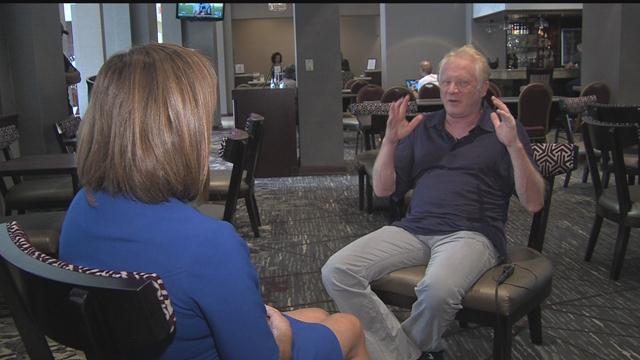 Donny Most who played Ralph Malph on the iconic sit-com "Happy Days" was rehearsing Tuesday night with his band mates from New York.

Wednesday they hit the stage for the "Happy Days Live" show at the Wisconsin State Fair.

"I'm hearing that it's almost sold out, so that's great!" Most told CBS 58's Michele McCormack that this is the first performance of the show which will be music of the era, favorite clips from the show, and stories from the set including how he got his catch phrase 'I still got it.'

"I get high as a kite with a live performance on stage," Most said.

His first love was singing.

While he originally auditioned for Potsie and says in real life he's more like Richie Cunningham, Most formed a composite based on people he knew.

While at first he tried to distance himself from the role after the series ended, he's come to embrace his role in American culture.

"There was a point when the show ended and I felt it was a monkey on my back," explained Most. "But as years have gone by and I've been able to do many other things I think I have better perspective and appreciate everything in a better way."

When it comes to his famous catch line 'I still got it' Most says he borrowed it from the show's late great Jerry Paris.

"He would crack jokes and say I still got it. So, one day it wasn't in the script I told Ron (Howard)just wait. They went nuts. They loved it. They started writing it in all the time."

Nothing was off limits in the interview with CBS 58's Michele McCormack.

Most even talked about former cast mate Scotta Baio's speech at the Republican National Convention.

"That was a mind bender," said Most. "Ya' know, he speaks his mind and I admire that he's standing up for what he believes in."

The interview that aired on the CBS 58 News Wednesday at 10 in attached to this text.