Donna Douglas, Elly May on 'Beverly Hillbillies,' dead at 81 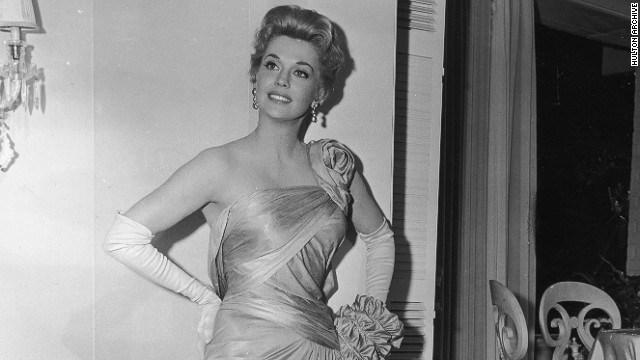 Donna Douglas, who played voluptuous tomboy daughter Elly May Clampett on the 1960s TV series \"The Beverly Hillbillies,\" has died. She was 81.

Her assistant, Jeffrey Dalrymple, confirmed her passing to CNN.

Douglas spent nine years as Elly May, one of the main characters of the hugely popular \"Beverly Hillbillies.\" The series concerned a poor Ozark family who stumbled upon an oil fortune and then moved to the Southern California bastion of wealth, where their rural ways often clashed with the local swells -- particularly Margaret Drysdale, the wife of the man who ran the bank where the Clampetts kept their money.

In some ways, Douglas -- who was born Dorothy Smith -- was a natural for the role. She was from a small town, Pride, Louisiana, and was a genuine tomboy.

Her official website says she spent her childhood \"climbing trees, swinging on vines (and) playing football, basketball, and softball with her older brother and all her boy cousins.\" She also loved animals, a character trait she indulged on the show.

A beauty queen, she moved to New York in the late '50s and attracted attention as a model and for her appearances as Perry Como's \"Letters Girl.\" She had some small roles in films and bigger ones on TV series, including a memorable \"Twilight Zone\" episode, \"Eye of the Beholder.\"

But it was \"The Beverly Hillbillies\" that made her a star. At its peak in the early '60s, the show was the most popular on television, drawing stratospheric ratings seldom equaled by episodic television, despite criticism from reviewers who disliked its broad humor. In fact, a number of 1964 episodes still rank among the most-watched TV shows (non-Super Bowl division) of all time.

However, Douglas found it hard to break away from Elly May. Her only starring movie role was in \"Frankie and Johnny,\" a 1966 Elvis Presley vehicle. She and the King did become friendly, bonding over a shared interest in spiritual subjects, according to a website dedicated to Presley's female co-stars.

Douglas worked sporadically after \"Hillbillies\" was canceled in 1971, with the Internet Movie Database listing roles in \"Night Gallery,\" \"Love, American Style\" and \"Adam-12,\" among others. But she mainly devoted herself to singing and personal appearances.

However, she never regretted her claim to fame.

\"Today the role of Elly May has been a beautiful opportunity, a wonderful little door opener for me to share my heart with others, whether speaking in churches, ladies conferences, youth groups, schools, conventions, and various civic organizations, or one on one,\" her website bio said. \"Amazing what God can do with a life, if given the opportunity!\"

Douglas was married twice and is survived by a son, Danny Bourgeois.