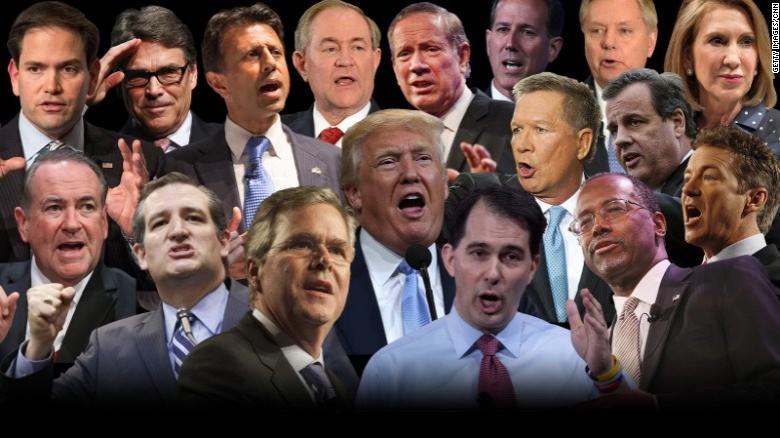 Just 7% said they would vote for former Florida Gov. Jeb Bush, a record low since November 2013.

Those results show just how far both Trump -- now the Republican front-runner -- and Bush -- the old one -- have come. Bush led national polls for much of the first half of 2015, but was quickly dislodged by Trump, after he announced his presidential ambitions this June.

RELATED: Biden unsure if he has 'emotional fuel' for 2016

Sens. Ted Cruz of Texas and Marco Rubio of Florida both are tied with Bush at 7%, the polls shows, with Wisconsin Gov. Scott Walker at 6% and former tech CEO Carly Fiorina and Ohio Gov. John Kasich tied at 5%.

\"Donald Trump soars; Ben Carson rises; Jeb Bush slips and some GOP hopefuls seem to disappear,\" said Tim Malloy, assistant director of the survey. \"Trump proves you don't have to be loved by everyone, just by enough Republicans to lead the GOP pack.\"

And Trump certainly isn't loved by everyone, the survey shows. About 1-in-4 GOP voters say they would never vote for Trump, topping the field. Bush comes in second with 18%.

Clinton still leads the Democratic race at 45% support from registered Democrats, followed by Vermont Sen. Bernie Sanders at 22% and Biden -- who is currently mulling a 2016 bid -- at 18%.

Malloy said Biden could be encouraged by these polling results.

\"If he is sitting on the fence, his scores in the match-ups and his favorability ratings may compel him to say, 'Let's do this,'\" Malloy said.