Donald Petersen of Waukesha has been found safe 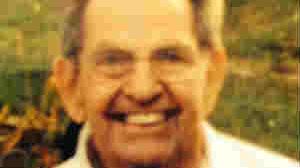 WI Department of Justice has issued a Silver Alert for Donald Petersen of Waukesha. Mr. Petersen is an 85 year-old white male, standing at 5'5\" and weighs 135 lbs. He has brown hair, blue eyes, and was last seen wearing slacks and a shirt of unknown colors.

Mr. Petersen was last seen on March 2nd at 9 p.m. watching TV with his wife when he began talking about how he missed fishing at a lake on Hwy 4 in Minnesota. An avid fisherman, Mr. Petersen has not driven a car in over a year, but when his wife woke up this morning, the keys and vehicle were missing.

The vehicle missing is a tan 2011 Toyota Sienna mini-van, with the WI license plat 894-WDP.

Donald suffers from dementia and has a medical condition that makes it difficult for him to walk.

If you have any information, contact Brookfield Police Department at 262-796-3798