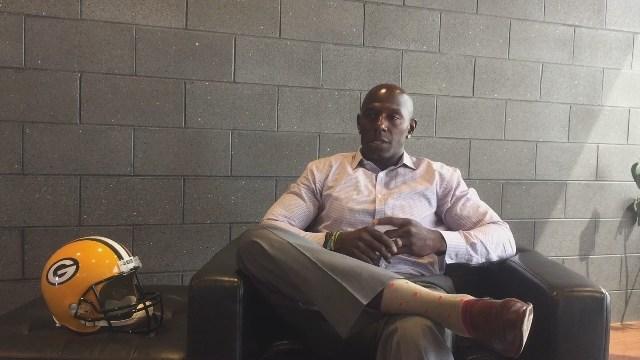 Donald Driver sat down to share some of his favorite memories of his time with Brett Favre on the eve of his Hall of Fame induction on DonaldDriver80.com.

In the letter, Driver mentions that Favre used to say to him, "Drive, go hunting with me!"

Then he asked why and I told him, “Do you see how black I am? If I’m coming running out of those woods, I’m going to get shot.”

Brett said, “But you’d be wearing the orange jumpsuit.”

Brett thought about that for a second and said, “Drive, I promise I won’t shoot you.”

Driver, also, shares stories in the letter about Favre's pranks and the night his dad died.

Driver ended his letter with:

You were the one who believed in me when not too many other people did. The first time I walked into the Green Bay locker room, and I saw you and Reggie White there, I thought, I’m among legends, among the best to ever do it. To me, though, you’re not only a legend, you’re also an amazing friend.