Don Smiley reflects on on first day of Summerfest on the CBS 58 News at 4 p.m. 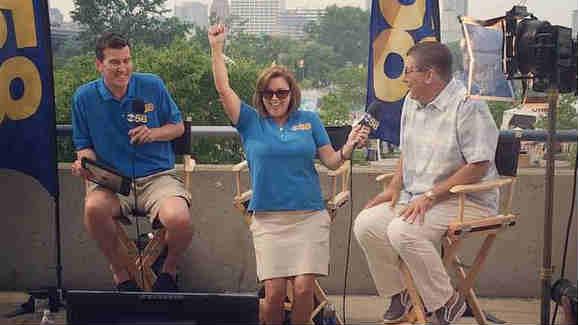 He told CBS 58's Michele McCormack and Bill Walsh that the weather could not have been better and that the after glow of the pre-Summerfest concert the night before by the Rolling Stones set the stage for what should be a successful 11 day run.

But just because the festival has started doesn't mean there's time to relax.

Estimates are 900,000 people will visit Summerfest by the time it's done. Smiley says huge crowds are not a benchmark of success.

\"I think people want a little elbow room. Quality over quantity. Summerfest has certainly preserved its place in history with our 48th year for Milwaukee and the state of Wisconsin. We're already planning the 50th anniversary. Summerfest is here to stay thanks to the fans and sponsors.\"

To show its appreciation on Opening Night, Summerfest was giving away $300,000 worth of general admission tickets to fans who randomly walked up to grounds or security staff and \"smiled on\" or showed their Summerfest spirit in some way.

CBS 58 will be broadcasting live each day from the Big Gig.

Don't forget to visit the Meijer Hole in One Contest with CBS 58 and 540 ESPN Radio.

One lucky winner will take home a $5,000 Grand Prize. Support and media provided by 540 ESPN Milwaukee, CBS 58 and the Michels Corporation.

Thursday's live guest on the CBS 58 News at 4 p.m. will Bob Babisch who books many of the bands.