Domestic Abuse Survivor Marries EMT who Helped Save her Life 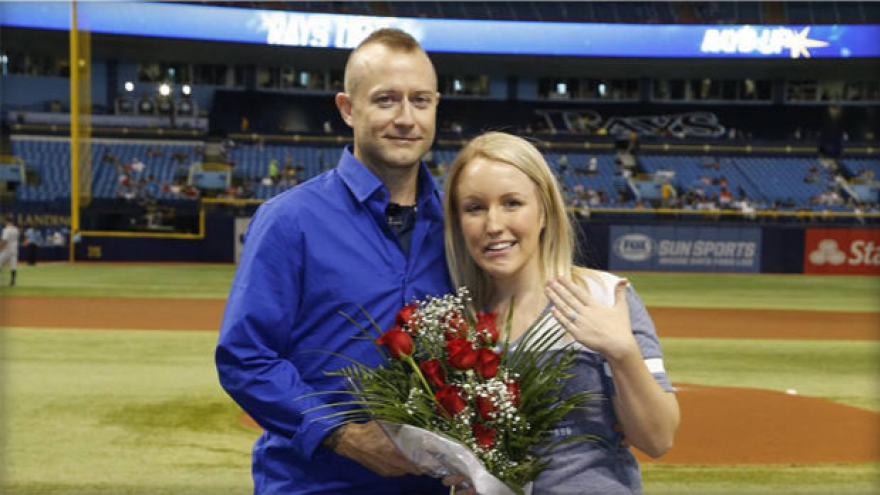 Melissa Dohme is now married to her own Prince Charming, a fairy tale ending to a five-year long journey.

Media reports say that Dohme tied the knot with Cameron Hill in a March 4 ceremony at the Lange Farm in Dade City, Fla.

I'm a Hill and a wife! Keeping both up til the official change

In 2012, a vicious attack left Dohme lying in the road outside her home, covered in blood. She had been attacked, beaten, and stabbed 32 times by an ex-boyfriend.

When Hill saw Dohme off in a helicopter bound for a trauma center, he knew that this wouldn’t be the last time he’d see her.

“I had this crazy little feeling in my head that I would see Melissa again,” Hill told “48 Hours.”

After spending three weeks in the hospital, she later graduated from St. Petersburg College-Clearwater, and now works as an advocate at Hands Across the Bay, helping victims of domestic violence.

Months after the attack, Hill and Dohme met again at a speech she gave and soon began dating.

In 2015, Dohme was asked to toss the ceremonial first pitch at a Tampa Bay Rays game. When the first responder brought the ball to Dohme, it had “Will you marry me?” written on it.

She, of course, said yes.