Doing This to Luggage will Send Bedbugs Packing 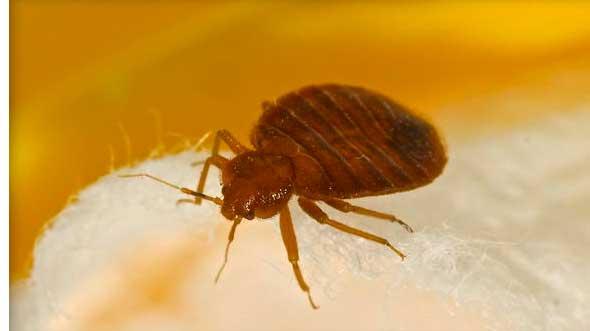 (CBS NEWS) Bedbugs, those creepy crawly insects that feed on your blood while you're sleeping, appear to have a fairly simple enemy -- heat.

Brief exposure to high heat can kill bedbugs on the outside of luggage, a new study finds.

Researchers placed male bedbugs on the outside of soft-sided suitcases. They then exposed the suitcases to an air temperature of 158 to 167 degrees Fahrenheit.

In just six minutes, all of the bedbugs were dead. Even bedbugs hiding under zipper flaps or decorative piping were killed, the investigators found.

Of the 250 bedbugs on the suitcases, only one moved into the luggage (through a closed zipper) during the heat session, the researchers said.

Findings from the study were published online Aug. 1 in Pest Management Science.

"Heat has attracted a lot of interest as a control method for bedbugs because it is effective and environmentally benign, but it can take a lot of time for heat to thoroughly penetrate a piece of furniture or a suitcase and increase the temperature at the location of the hidden bedbugs inside," study author Catherine Loudon, said in a journal news release.

Bedbugs located on the outside of luggage are one of the few cases in which they are somewhat peripherally constrained and therefore more vulnerable to a quick exposure of heat," said Loudon. She's a senior lecturer in ecology and evolutionary biology at the University of California, Irvine.

While considered a public health pest, bedbugs aren't known to transmit or spread disease, according to the U.S. Environmental Protection Agency (EPA).

The agency said bedbugs are a growing problem in the United States due to factors such as increased travel, ineffective pest control practices, the bugs' increased resistance to pesticides, and lack of knowledge about preventing infestations.

However, there are a number of effective ways -- chemical and non-chemical -- to control bedbugs, the EPA says.