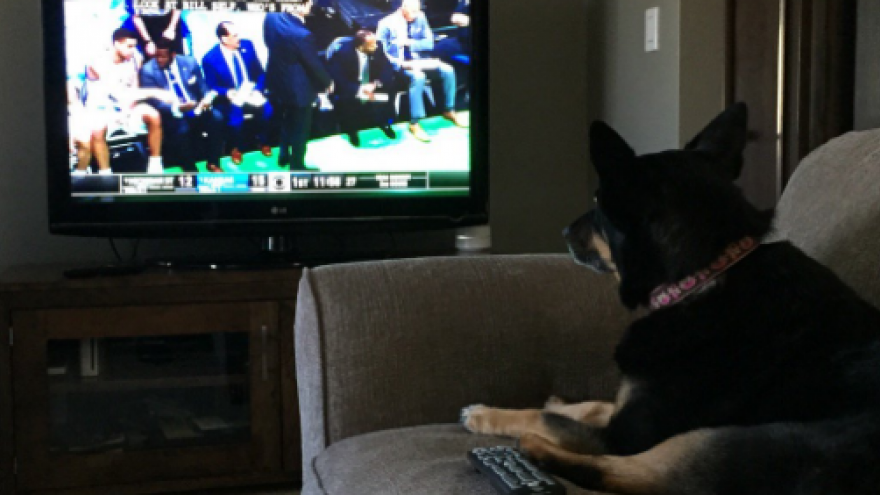 MIAMI (CBSMiami) – There’s a high-tech way some pet parents are hoping to ease what their dogs experience when left home alone.

Your dog may yelp or cry when you head to work and you leave him or her alone, whether roaming or locked in a crate. Dogs deal with the experience differently, says Dr. Ian Kupkee of the Sabal Chase Animal Clinic.

“Some dogs were bred to sit and be content with nothing, other dogs are high-drive working dogs that need a lot of stimulation,” Dr. Kupkee said.

DogTV hopes to provide that stimulation. It’s a subscription channel made just for dogs that also claims to provide relaxation and exposure to things that may be new to your pet, like children or outside noises.

“I can’t believe it,” says Marty Feinberg, a Miami man who takes his rescue dogs Shadow and Hope to Kennedy Park daily.  He’s not so sure about putting them in front of a TV, joking, “I wonder if I put on cartoons will they sit and watch the cartoon?”

DogTV doesn’t play cartoons, but explains programs have modified sound and video only your pup can pick up on.

With the average American dog staying home alone roughly 6 hours per day, the idea is taking off.

No shelters in Miami-Dade or Broward County use DogTV, the Humane Society in both counties said it was an interesting concept.

Much like the toddlers with iPads debate, the question for pet parents might be ‘how much screen time is too much time?’

“As an adjunctive form of entertainment, I don’t see why it would be harmful,” says Dr. Kupkee, though he prefers stimulating games that reward your dog with a treat, and human interaction.

“The better solution would be a doggie-daycare type arrangement where they’re actually physically interacting with other dogs, around other people,” explains Dr. Kupkee.

Still, it’s an alternative some – including pet hotels – are experimenting with, even if you can’t wrap your head around it.

“I mean, I can’t see my two dogs sitting in front of the TV watching TV,” says Feinberg.

DogTV has different plans at less than $10 per month and is available through cable and other on-demand content services. The company won’t share how many subscribers they have.

To learn more about the service, visit www.DogTV.com.