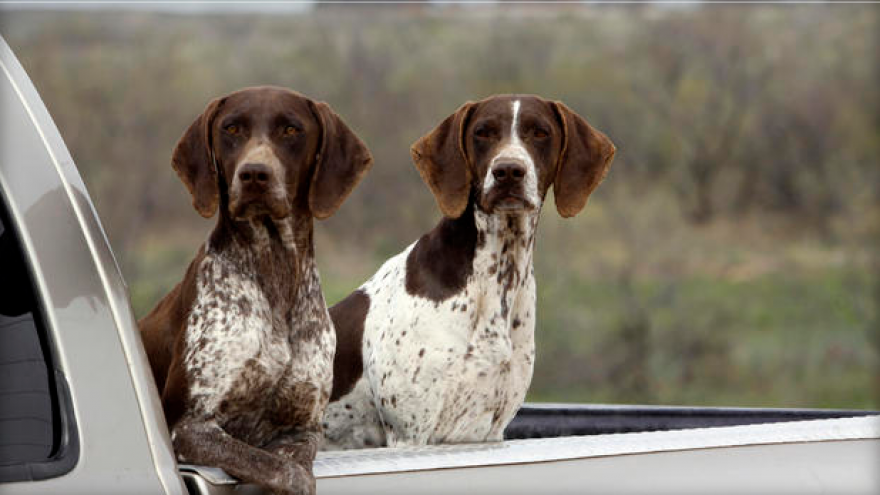 WOOLSTOCK, Iowa -- Authorities say a pheasant hunter in north-central Iowa was accidentally shot and wounded when a dog stepped on shotgun trigger guard and the gun fired.

The Iowa Department of Natural Resources (DNR) says the shooting occurred around 1:20 p.m. Wednesday at a public hunting area near Woolstock in southwestern Wright County.

Ken Lonneman, a DNR conservation officer, told CBS News that four hunters and two dogs were looking for the game birds when one of the hunters placed a loaded shotgun on the ground.

It went off when one of the dogs stepped on the trigger guard. Lonneman said it's unclear which dog discharged the shot.

Several pellets lodged in the back of William Rancourt, of Lebanon, New Hampshire, who was standing about 22 yards away, the agency said. He was able to walk soon after being wounded and was taken to a hospital in Fort Dodge for treatment.

One of the dogs belonged to Rancourt and the other belonged to one of his hunting companions, Lonneman said.

Lonneman did not know the dogs' names, but said they were 1- and 2-year-old German shorthaired pointers. He described them as "very good dogs" and noted they were not at fault.

"I don't know if we can blame the dog in this case," Lonneman said. "If we're going to blame anyone, I would say the hunters were at fault here" for apparently not activating the gun's safety mechanism before it on the ground.

Lonneman said the incident was the third time a dog had stepped on a gun and discharged it in the area over the past five years. He said hunters should unload their weapons and turn on the safety mechanisms whenever leaving a firearm unattended.