Dog gets sick after eating marijuana in park 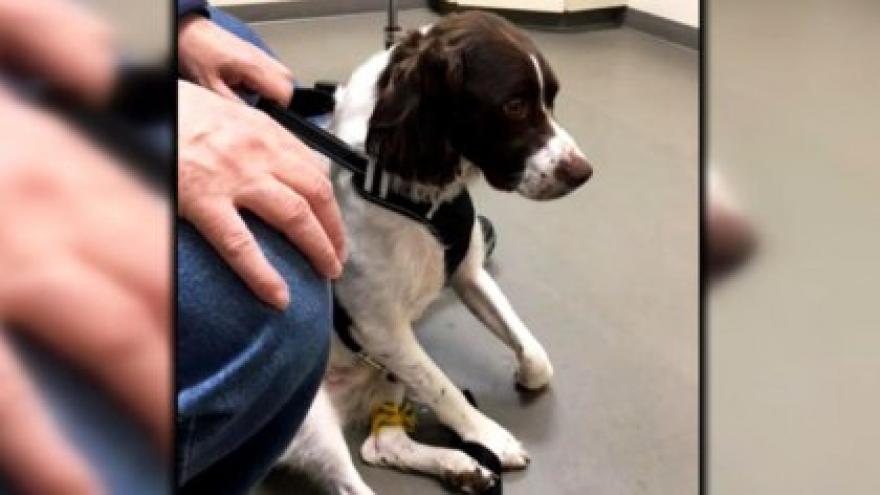 STOUGHTON (CBS) – Bryce, an energetic dog, loves tearing up the yard with a game of fetch.

When Bryce stayed still for Julie and Jim Harding to dress him in a shirt, they thought he was acting odd.

That thought quickly changed to concern.

“He was limp, didn’t eat. That was a tell-a-tale sign we had a problem, coaxing to go outside,” said Harding. “He started swaying and you could see the paw going out, and he was losing control.”

The bizarre behavior earned Bryce a trip to the Tufts emergency vet where a photo of the dazed pup was taken.

Julie, who has a medical background, initially thought the dog got into blood pressure medicine. She was in for a surprise.

“‘Nope, your dog’s stoned,’” Harding recalled the veterinarian said. “She said, ‘If you don’t have some in the house, where would he get it?'”

Jim had taken Bryce to a local park where, by the picnic tables, the couple thinks the dog ate the rest of a marijuana joint.

The vet told them it’s become all too common with marijuana becoming more prevalent.

“She said at least 5 times a week, we see it,” said Harding.

The couple says they were lucky, as the vet told them unlike Bryce, some dogs come in with seizures and renal failure.

“I absolutely felt compelled to let people know that, ‘Wow, you just don’t think about (that),’” said Harding.

Bryce did not consume a lot of pot. Ten hours later, he had slept off his high.

“He is absolutely perfect and back to his normal self,” said Harding.