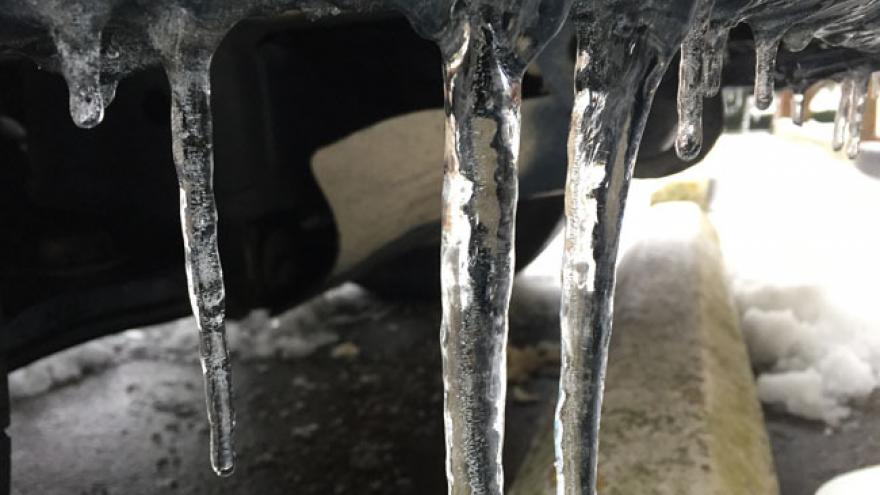 TOLEDO, Ohio — A dog has been found frozen solid on an Ohio home's porch as a bitter cold snap grips much of the United States.

Toledo Humane Society cruelty investigator Megan Brown tells The Blade newspaper she doesn't know how long the dog was outside Thursday, when Toledo's high temperature was expected to be in the teens. A second dog was recovered shivering inside the home.

The dogs' owner says utilities had been shut off but he had been providing for the dogs while living elsewhere. He says he doesn't know how one dog got outside.

Forecasters warn of hypothermia and frostbite from arctic air settling in over the central U.S. and spreading east.

The temperature at the Mount Washington Observatory in New Hampshire on Thursday was minus 34 degrees F (minus 37 Celsius), breaking a 1933 record of minus 31 degrees atop the Northeast's highest peak.