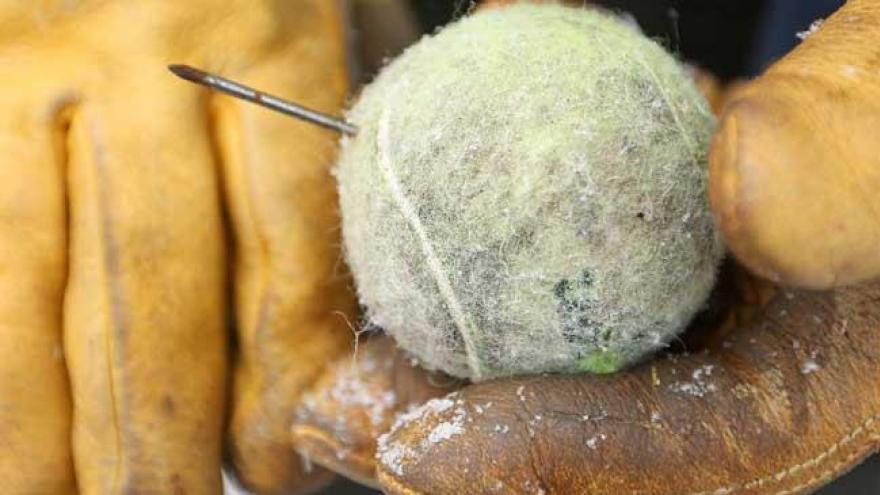 (LA CROSSE) A greyhound found a tennis ball with a concealed nail in it at the dog park that him and his master like to go to in La Crosse, according La Crosse Tribune's Mike Tighe.

“I was really shocked. I wondered how this could happen,” said  John Storlie, who said he takes the 2½-year-old rescue dog to the park along the Mississippi River about once a week.

The culprit has not been located.

Storlie didn’t notice the nail until he went to wash it at home because his dog had claimed the ball and had been playing with it.

“It had clearly been deliberately put there because the nail head was on the inside of the ball,” he said. “What kind of sick mind would do something like that and leave it at the dog park?”

The dog did not appear to injured.

Storlie sent an email to the city’s Parks and Recreation Department, but he has not received a response. Parks officials could not be reached Tuesday.

“I’ve talked to family and friends, and they are appalled. My daughter said when we watch her dog, don’t take it to the dog park anymore,” said Storlie, principal scientist and managing member of his own company, The OS Group.